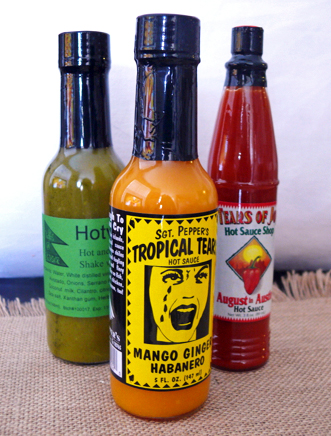 Yes, everything you’ve heard is true. Austin, TX is scrumptious. Who would have thunk it? I certainly wouldn’t have. Never have I ever been to any part of Texas. Before we ventured out that way, my stereotypes were much like others who have never been to Texas. I imagined BBQ after BBQ after BBQ with a little grass-fed cow thrown into this mix. Maybe some Tex Mex too. Not that there is anything wrong with these types of cuisines. These are some of my all time favorites. Not that grass-fed cow is a cuisine. Texas just has a lot of cows…kind of like Colorado, but more…Much of the part of Texas that we passed through proved this stereotype to be true. Austin was different though. Sure it has it’s fair share of BBQ joints and steakhouses, but it has so much more too. The only issue I had was that we could only spend 5 days there. That allowed no where near enough time to get in all of the different restaurants we wanted to try. We decided to go with the restaurants that seemed to be interesting and sounded delicious. Don’t worry we haven’t forgotten about the local beers. We’ve decided to share these with you just in case you decide to make a trip to Austin in the near future!

Let’s start with some of the great brews Austin has to offer. We had our opinions about Texas beer before we ventured across state lines. The only beers we have ever heard of coming out of Texas was Shiner and Lone Star. Not a huge fan of either, although Shiner has some great specialty beers. They can be quite surprising sometimes. We’re not going to talk about these however. Two of the breweries that stood out the most to us was 512 Brewing and Austin Beerworks. This makes sense to us. Austin reminded us a lot of the Denver/Boulder area. They had to have great beer! If you are in the area, you have to check them out. A lot of the local restaurants carry a lot of their stuff. Not always on tap (although we were surprised that a lot of restaurants did have their stuff on tap), but almost always in the bottle/can. One of the brews we kept leaning toward on our trip was 512 Brewing’s Pecan Porter. This beer is part of their “Core 4.” They are always brewing this guy because it’s delicious! You can literally taste the pecans, but not so much that it takes away from the actual porter taste. It is key that you try it when you are in the area! It is also great with BBQ. Hm, imagine that =). One of our favorite beers we found in the coolest gourmet hot dog “joint” we have probably ever come across. Frank, the “Purveyors of Artisan Sausage,”, stood up to it’s scrumdiddlyumptious name…but we will get to that later. Anyway, they had a beer on tap from Austin Beerworks. We were under the impression that Austin Beerworks only brewed 4 beers…which are delicious by the way. Their IPA is pretty solid. But when we had ended up at Frank one night, they had Sputnik on tap. Oh…my…God…I don’t even know how to begin to explain this stout. It is an oatmeal stout brewed with coffee from a local coffee roaster known as Cuvée Coffee. Yes, this stout tastes like an oatmeal stout, but has a rich coffee taste. It is AMAZING and is ALSO good with BBQ. Hm, imagine that…again =).

Italian in Austin, TX? It can be done and it has been done in the most unique fashion. Botticelli’s is now in my top 10 of most amazing restaurants I have ever been to. We got the recommendation from a long-time friend of Zach’s. It’s located on South Congress and is about a mile and a half from downtown. It’s worth the walk…or the drive =). It’s elegant enough, but fun enough that it’s not too uptight. It had a great beer and wine menu (and specialty cocktails), and unless I read it wrong, all of their wines came straight out of Italy. Which, is the way it should be for a restaurant that calls themselves Italian. For an appetizer, we had their “Botticelli’s Bread” (non-vegetarian style). It was a homemade bread stuffed with Italian meats and cheesy goodness. Not often do you find a blend of mortadella, prosciutto, salame and copa all rolled into one delicious bread puff. The cheese and peppers topped it off and proved to be perfect. For dinner, I had a seared duck breast (perfectly cooked I might add) with a duck confit ravioli and a black pepper fig sauce. It was AMAZING. Zach had their variation of spaghetti and meatballs which included homemade tagliatelle and meatballs comprised of veal, pork and beef (all of their pastas are homemade by the way). His was delicious too. I had some =). OH, and they have a beer garden! Yes this Italian restaurant has a beer garden with live music later in the week and on the weekends! If you are in this area, check it out. You can’t go wrong.

Matt’s el Rancho is also located South of city center. You have to try some kind of Mexican/Tex Mex food when you are in Austin. They are ALMOST known for it. Well almost. They had delicious and authentic foods. Oh, they had delicious margaritas too! Like the real kind of margaritas made with lime juice and not sours. I had a lighter take on a chili relleno stuffed with chicken and and delicious cheeses. This was one of their specials of the night and it was certainly special. I would have finished it if they didn’t give you 10 lbs of food per plate. I was close though =). Zach had their Enchiladas Poblanitas. These enchiladas were stuffed with peppers and mushrooms and cheese and were also super tasty. If you are looking for some true Mexican flavors. This is a true Mexican cantina filled with unbelievable aromas and flavors…and tequila =).

Lambert’s is what I’d like to call “upscale” BBQ…if you can even call BBQ “upscale.” In this case, I think you can. I literally googled “upscale BBQ in Austin” in order to find this place, and boy did it deliver. It is everything you want in BBQ elevated to a whole different level. They smoke all of their own meats and although it may be a tad higher in price than your average BBQ, it does not skimp on portion sizes. Their sauces are to die for as well. Zach and I had their Achiote Seared Chickpeas and Goat Cheese for an appetizer. It was served with flat bread and was just light enough to not completely fill us up before dinner was served. They also have spicy deviled eggs on the menu, which if you know the two of us, we will do just about anything for deviled eggs. We had to tear ourselves away from ordering these or we really would have ruined dinner. Next time though! It was very tough to say no! For dinner, both Zach and I had the brisket. We just had to. Smoked BBQ Brisket just SCREAMED Texas to us. You could literally taste the slow smokiness in this brisket. It literally melted in your mouth. Lambert’s does family style when it comes to the sides, which worked just perfectly. Zach and I split their mac and cheese, and it was the best choice ever. It was crispy on top and ooey gooey underneath: just the way mac and cheese should be. This restaurant is a must if you want BBQ in Austin. It will deliver. I promise.

Frank was a complete accident. On our second night in Austin, we walked by Frank to get to Lambert’s. On the wall, in big bright letters, Hot Dogs and Cold Beer was painted. We had to, we just had to. So the next night, we did. This may have been one of the best decisions we made the whole trip, and it’s just hot dogs! Except that it’s not just hot dogs. It’s so much more than that. Not only do they make some extra special coffee in the AM, they make all of their own sausages. They use creative techniques in their “dogs” and they have some pretty delish sides as well. I got their Southern Boy Dog. Which was blackened and topped with pork belly, caramelized onions, cheeses and their very own BBQ sauce (everyone makes their own BBQ in Texas by the way…it’s a crime if you don’t). Zach got their Sonoran Dog which was super spicy but super amazing! This hot dog was stuffed with cheese, wrapped with bacon and deep fried. It was topped with veggies, a jalapeno sauce, mayo and mustard. Both hot dogs were just to die for. What is also fun about this place, is that you can make your own hot dog if you want or you can wrap any dog in bacon and deep fry it! You can’t go wrong with that! We also had their Carne Asada Poutine which had a base of waffle fries and was smothered with cheese curds and their house-made carne guisada poutine. This was a special that week though, so I’m not sure it will be there forever. They have plenty of other great sides to choose from. They had a terrific beer list and the infamous “Sputnik” from Austin Beerworks. It was the perfect accidental drop in.

Well our trip couldn’t have been completed without some sauce purchases. We came home with some great hot sauces made in the heart of Austin and we can’t wait to try them on some recipes this week. We hope that if you are ever in Austin, that you check out some of these restaurants. It is key to your survival in the city!