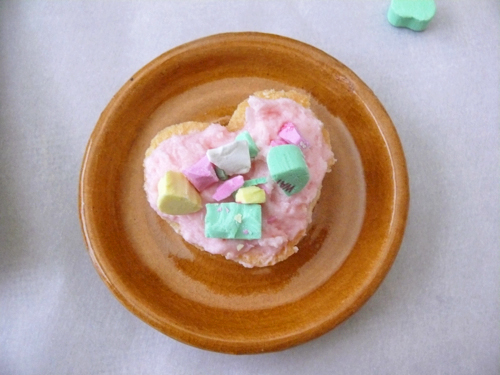 Let’s talk about cake. Let’s talk about how I completely screwed this cake up yesterday. Now, let’s talk about how the struggle was totally worth it in the end. I may have mentioned before that I am not a huge cake baker. Cupcakes I can do, but when it comes to actually cake cakes, I’m not very good at making them. Maybe it’s my lack of patience. I’m not quite sure. So yesterday, I attempted to make a vanilla butter cake from scratch. Things seem to be going smoothly, until I realized I accidentally used baking soda instead of baking powder. The thing was, I KNEW I needed to use baking powder, but was so distracted by something (I’m not quite sure what that something was) that I used baking soda instead. Let’s just say I tried to compensate for the use of baking soda by adding baking powder. What did I conclude? THIS…DOES…NOT…WORK. Your cake will fall in on itself. I promise you. It was a disaster.

[sc:adsense1]
There is a solution to this problem if you do happen to use baking soda instead of baking powder, but it requires the addition of cream of tartar. You need 2 parts cream of tartar to 1 part baking soda. I actually knew this yesterday when I was obliterating my cake, but I didn’t have cream of tartar, so I played the “let’s see how it turns out if I do this” game. Ugh, what a mess. I was so sad. Another thing that I think helped in my cake turning into mush, was the vessel I was using. I used a 9x13in baking dish. What did I learn? Homemade cake batter is not like the boxed stuff. You can’t just through it in a 9x13in dish and expect it to come out the same as Betty Crocker. Choose your vessels wisely. I used smaller round pans today, and it worked beautifully.

I love these little cakes. Not only are they ABSOLUTELY delicious, they are pretty cute too! They are buttery and sweet and moist: Just perfect I tell ya. I like the thought of these cakes for Valentine’s Day because they are quite the splurge. I don’t even want to tell you how much butter and sugar goes into them, so just read ahead to the recipe. It’s a lot, but it’s so worth it! Especially for a holiday =).

We decided to go ahead and pair this cake with a beer that’s a voluptuous as the cake itself. I could think of no other brew to use besides Stone’s Smoked Vanilla Porter. Hello, vanilla bean cake with a vanilla bean beer? It was a match made in heaven. Porters are perfect with desserts. They are dark and robust and full of flavor, but not so much that they take over your tastebuds. I could be wrong, but I believe this beer is available just about everywhere, and they brew it constantly. You should have no issues finding it. Also, you probably aren’t going to find it in a 4 or 6-pk. They are usually sold in single bottles or by the case.

I hope everyone has a lovely Valentine’s Day!