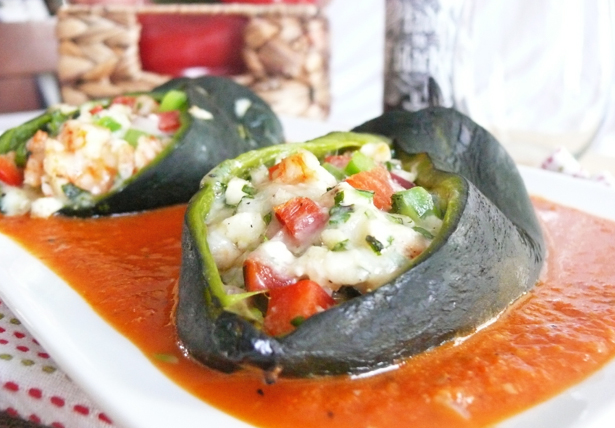 Zach and I have this thing that whenever we visit a new place we get a cookbook. Instead of spending money on tees and gadgety-souvenirs (that we will absolutely NEVER wear or use) from our favorite tourist stops, a cookbook is a great way to cherish the memory. It’s useful (if you cook a lot) and it will last a lifetime. I tend to look for the cookbooks with really great pictures. I know this sounds childish and I’m not talking about just pictures of the food (although it’s awesome if these pics are included as well). I’m talking about pictures from the area in which we were visiting at the time. Sometimes this can be a hard thing to find. Sometimes it’s impossible. On our trip to Utah, I thought I was going to find a cookbook in a jiffy. It was a lot harder than I thought it was going to be! We stopped literally everywhere! Most of the shops I stopped in only had teeny tiny cookbooks with no pictures. It wasn’t until I stopped in the Arches National Park Visitor Center that I found exactly what I was looking for. Yes, visitor centers tend to sell these things. Surprising, I know. I found this great seasonal southwestern cookbook with AMAZING pictures. This recipe is inspired by one of the recipes in this book and it totally did not disappoint.

Since last week I didn’t get to do my weekly prep since we were on our little road trip, this week I’m going all out. I learned a few things the last time around. I learned exactly what Zach eats and what he doesn’t eat. Since this involves both of us, I decided to keep him in mind this time. I’m thinking I will put out a post in a week or two explaining the pros and the cons, once I learn what these pros and cons are. All in all, the idea was a pretty successful one. We ate almost everything I had made. I did find that I made way too much. There was no way the two of us could have finished all the food in a week. It leaked over into the second week which was ok because the food didn’t seem to go bad. I know I totally just went out on a tangent, and I’m not sure why I did. I blame exhaustion. This weekend has been exhausting…

So what was the point of today’s post? Oh yes, right…stuffed peppers. Moving along.

In the cookbook I used, the inspiration for this recipe came from an appetizer. As I was reading it over, I thought to myself…”this is WAY too much food for an appetizer.” If you are having a giganto get together, I can see why one would want to make this recipe as a finger food. Although, I definitely don’t recommend picking it up with your fingers. You would certainly end up with a huge mess on your hands. No pun intended … or is it intended? You be the judge … Any time I have ever had a stuffed pepper (that wasn’t a jalapeño or serrano), it has been a main course dish and that’s how I decided to treat this recipe.

A couple of things you should know when making these little guys:

1. You can totally substitute poblanos for the pasillas. Just take a look around your grocery store. Ours didn’t have poblanos which is why we went with pasillas. Pasillas tend to be larger, so plan accordingly if you find you need to use poblanos.

2. Shrimp is extremely easy to cook. I didn’t add this step into the actual recipe because I just assume most know how to do it. If for some reason you don’t. Don’t be sad, I didn’t always know how to cook shrimp either. Add a tablespoon of two of olive oil to a non-stick saute pan. Heat the oil over medium and add the shrimp. Season with salt and pepper (if you wish). Cook for about 3-5 minutes or until they become a white/pinkish color. Toss them just a couple of times while they cook. It’s seriously that easy.

3. Roasting peppers is not an art you need to master, but it is a very useful tool to obtain. We like to roast them on the grill. They can be roasted on the stove top in a cast iron pan or in the oven with the broiler turned on high. You want the peppers to turn black. This is the intent (you will be peeling them once they have cooled). Which ever way you decided to roast them, keep a close eye on them, turning them after each side has blackened. Don’t be scared. It’s super easy. After your peppers have roasted, transfer them to a brown paper bag (a plastic bag works perfectly as well) or a bowl with a lid. As soon as you remove them from whatever vessel you chose to roast them in, transfer them to either the bag or the bowl and immediately shut. The steam will help loosen the skins when you go to peel them. Also, remember to wait until they have cooled! They will be hot!

A porter may not be the first thing you think to pair with a southwestern-inspired dish. It may be a bit unconventional, but we thought Left Hand Brewing’s Fade to Black Porter would be the perfect pairing. Porters tend to be sweet which I thought would be a nice contrast to the spiciness. We usually go with IPAs when we are making southwestern or Mexican-style dishes because hoppiness goes very well with spicy foods. Although this beer is quite sweet, it still has some hoppy notes. That is why we love it so much =). Try it out!

I hope everyone has had a very enjoyable weekend. I think spending the day food prepping and watching reruns of Giada at Home is the perfect way to spend the day! Have a great one everyone!