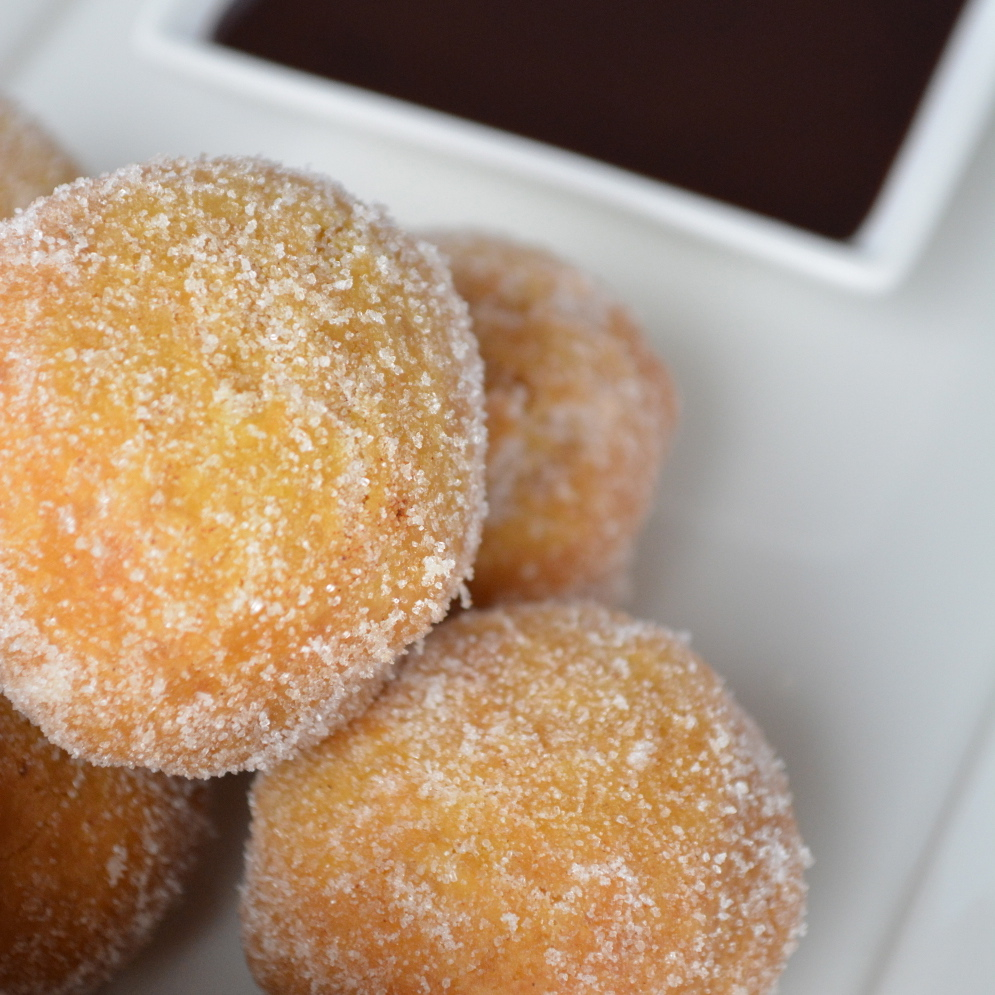 We couldn’t go through this 10 Days of Pumpkin series without making pumpkin doughnuts at some point. Doughnuts (or donuts) are like anything else out there. Once in a while you just crave one, and I’m not talking about the “healthier” baked version either. I’m talking about a really good, deep fried doughnut. Hey, if I’m going to eat a doughnut, I may as well EAT a DOUGHNUT. Are you catching my drift? Ok. So this recipe was surprisingly easy to tackle. I had my doubts. Besides the occasionally beignet or zeppole, I usually bake doughnuts. Let’s be honest, it’s just not the same. I’m not saying they aren’t good. They are delicious, but they are a different kind of delicious. They taste more like cake, than a doughnut. This isn’t necessarily a bad thing. This time around, I just wanted the real thing. Although they are super easy to make, there are some important things you should know. We paired this with a great brew. Yes, we paired doughnuts with beer. Hey, it’s Sunday! I think it’s perfectly ok, so read ahead for more!

1. It’s important to get your measurements exactly right. When you have mixed all of your ingredients together (right before you chill the dough), make sure the dough is very wet. It should be similar to cookie dough, maybe even a little bit wetter than that. Don’t worry, this is why we chill the dough for so long. It will harden just a tad, and make it much easier to roll out.

2. This gets to our next point. YOU HAVE TO CHILL THE DOUGH. If you don’t chill the dough, you will have a huge mess on your hands. It will not cut right. It will not fry right. You will most certainly have a disaster on your hands. If you are in a time crunch the day in which you decide to make them, then make the dough the night before. I find that the longer you let the dough chill, the better (without it going bad of course).

3. Make sure your oil is AT LEAST 350 degrees F. You can go a little bit higher, but try to stay in between 350 and 370. If the oil is too low of a heat, then they won’t fry properly. If the oil is too hot, then the doughnuts will burn. Pay close attention when you are frying them, and do it in small batches!

Note: If you were wondering: Donut = Doughnut. They are the same thing. Don’t let anyone tell you otherwise. Donut is just the shortened version of doughnut. I choose to use “doughnut” since I’m not the biggest fan of that popular doughnut chain who has made “donut” popular, but that’s just me. Use any version that you wish =).

I know that pairing these doughnuts with beer is just a tad unconventional, but who cares. It’s Sunday. I’m not doing anything spectacular. Besides, football is on. You are probably going to be drinking anyway, and if you live on the West coast, you will more than likely be drinking at 10 am. This is totally ok…once in a while =). We have talked about Uinta’s Punk’n before. We loved it so much last year, that we had to pick up a six pack again this year. It’s a very solid pumpkin ale. It’s not overly pumpkin, but you still get hints of that great pumpkin flavor. It’s great with sweet things and is a very warm, comforting beer. It’s especially great on a cool, Fall day, and is perfect for tailgates! Try a pumpkin beer line-up at your next tailgate/football party. I’m sure your guests will just go crazy for it!

I hope everyone had a great weekend, and I hope you all enjoy what’s left of it!