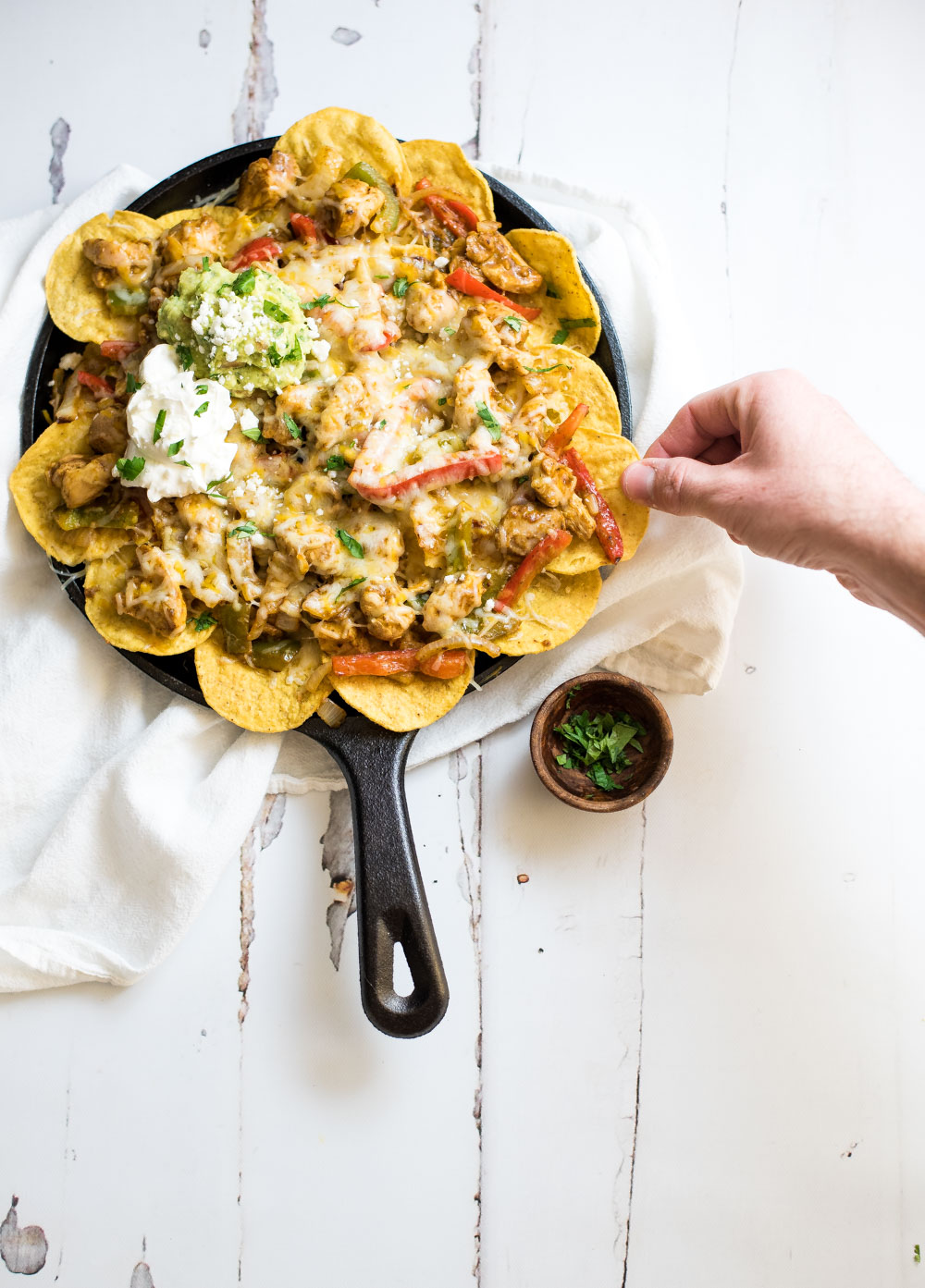 You can quickly elevate nachos with a few simple ingredient substitutions. These chicken fajita nachos are perfect for game day and are the perfect bites!

January is such a difficult time of year to get healthy. I don’t care what anyone says. First of all, it’s winter. Especially if you don’t live in a warmer climate, it can be very difficult to get fresh produce. Second of all, it’s winter (yes, again). Winter is a comforting time of year. In my personal opinion, the heavier the food the better this time of year. Third of all, it’s officially the end of football season. On the professional side of things, we are just getting into the playoffs. That means there will be a ton of tailgating and homegating going on. Lots of wings will be consumed, and even more nachos will be devoured.

These chicken fajita nachos are my ode to football season. The great thing about these nachos is they aren’t TERRIBLE for you. Aside from the cheese, they are the perfect way to ease into a healthier lifestyle while still enjoying the perks of tailgating. They are also very simple to make, and are ready in under an hour (minus the marinating time). Make them for your next shindig ASAP!

Beer I love a pale ale with foods like this one. The thing about pale ales is that you can get the essence of an IPA without it being so hoppy, so it tends to pair very well with food because it doesn’t overpower anything. It’s also great with spicier foods. The hops tone down the spiciness and really elevate the flavors! 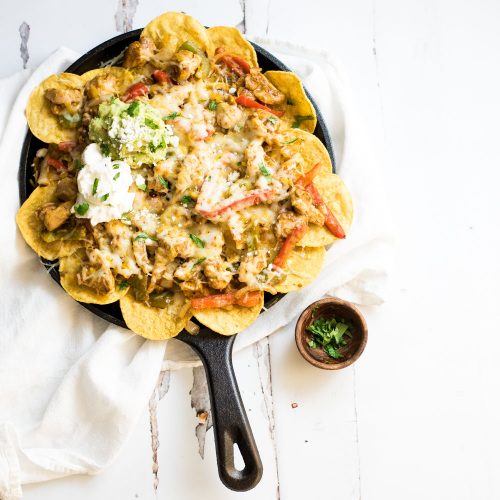