I know we all like to THINK that Labor Day weekend is the official end to summer, but it is not. We still have a couple of weeks left, and these weeks that lie ahead are some of my favorites of the year. This could partly be because my birthday lands on September 6, and that’s pretty much a national holiday. In all seriousness, I think it’s the transition period that I love so much about September. Temperatures (for the most part) are decreasing, fall colors are increasing and the scent of pumpkin is drawing closer and closer. To celebrate the end of summer, I whipped up a super easy caprese, but this time my caprese involves watermelon…delicious, beautiful, “I want you so badly” … watermelon. 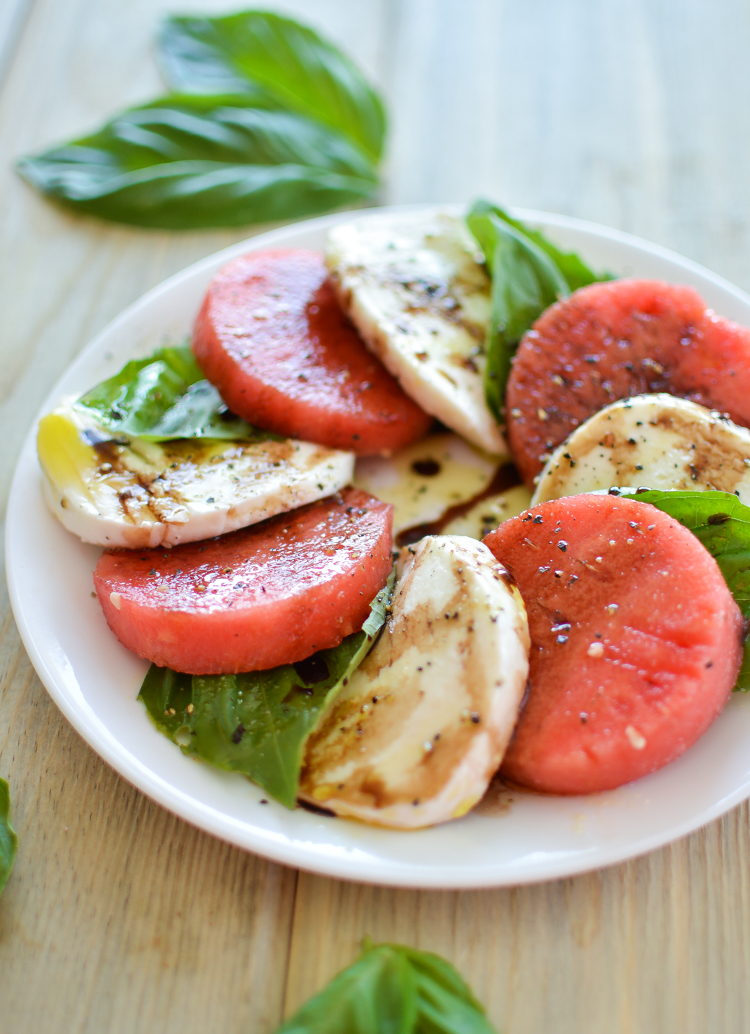 Watermelon is definitely one of my favorite parts of summer. It wasn’t until I was in the grocery store on Sunday that I realized summer is almost over and fresh watermelon will soon be gone! This was, for obvious reasons, a really scary thought. 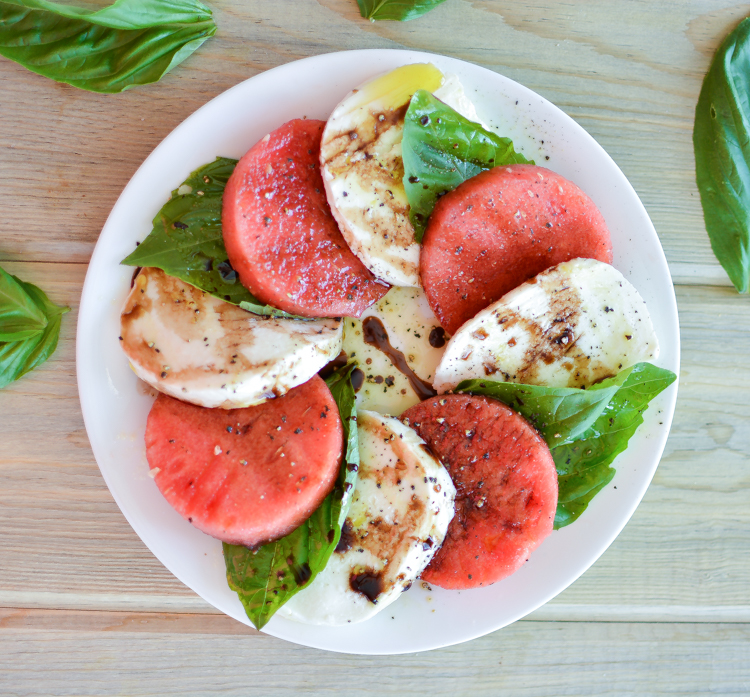 It really doesn’t get much easier than caprese. Traditionally served with tomatoes, I decided to swap out the tomatoes for watermelon, and you guys, it totally worked. It’s just something about that sweet and salty that makes my world go round.

Drizzled with super delish extra virgin olive and a 25 year old balsamic (reduction), I was in sweet and savory bliss.

Celebrate the end of summer with this recipe. It literally will take you all of 10 minutes, and it will fly off the table! 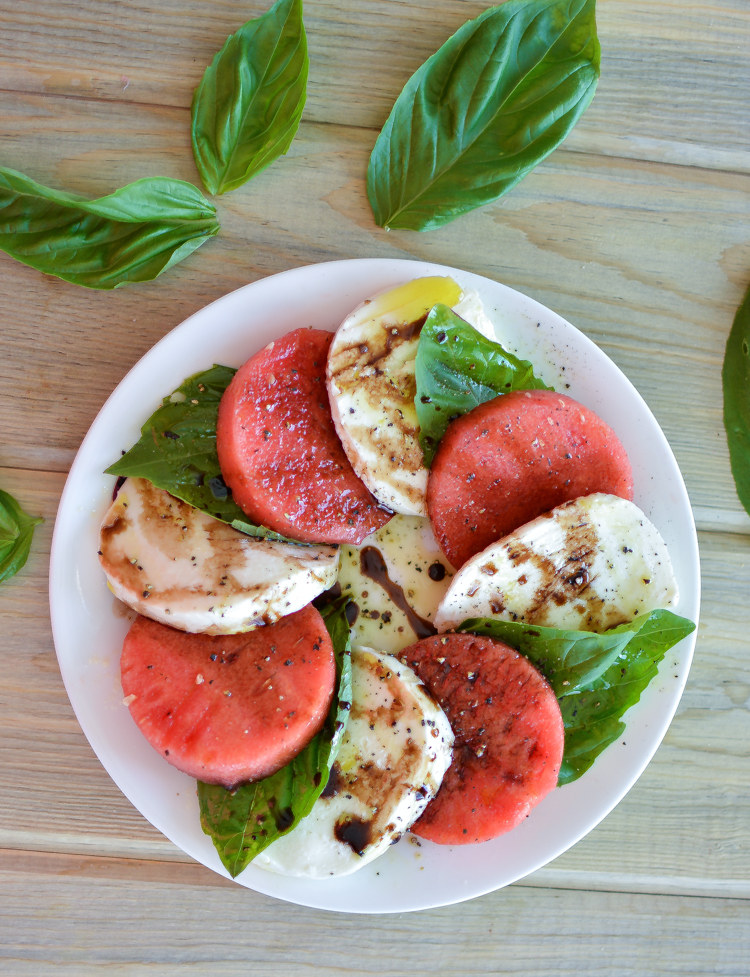 Beer Love:
Beer: 21st Amendment’s Hell or High Watermelon
Brewery: 21st Amendment Brewery
Style: Fruit/Wheat Beer
Alcohol Content: 4.9%
Description: It has been quite a while since I have paired with 21st Amendment’s Hell or High Watermelon. Summer will be drawing to a close very, very soon. I believe that a summer-like recipe like this deserves a summer-like beer pairing, and it is the perfect last hurrah to celebrate the end of summer. I think it’s pretty obvious why I decided to pair this watermelon caprese with a beer that seriously tastes like liquid watermelon. It’s the perfect summer brew. It’s perfectly refreshing and smooth, and oh so light. Although it is on the lighter side, it does not lack in boldness and super amazing flavor. You will want to indulge in this pairing soon! Summer is coming to an end, guys! 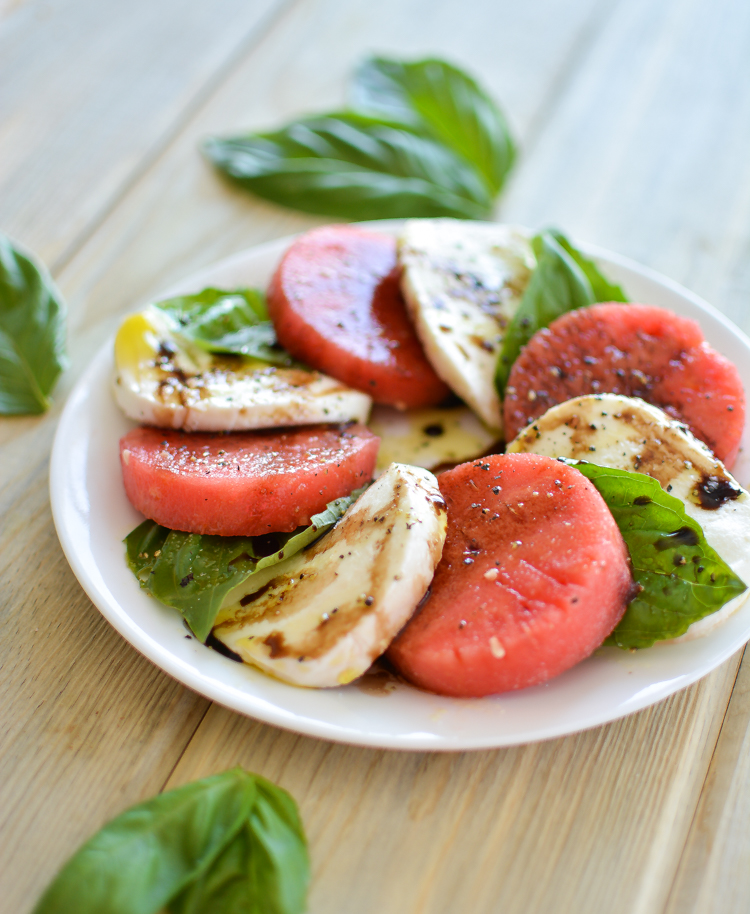 I hope everyone had a fab Labor Day weekend! Here is the recipe! xo