How do you like all of that alliteration going on? I tried. I really did. I think “B” is officially my favorite letter, and it’s all thanks to this spicy sweet potato galette with broccoli, bacon and balsamic reduction (or maybe “S” is my favorite letter? hmmm..). So I was asking myself the other day, why do I love galettes so much? Is it the ease in which I can whip one up, and why I haven’t made an actual pie in centuries? Is it because of it’s rustic charm, where the messy look is a good look? I honestly think it’s because of all of these reasons that I love them so much. Oh, and the idea of putting my creative mind to the test; that’s just another reason to love galettes. 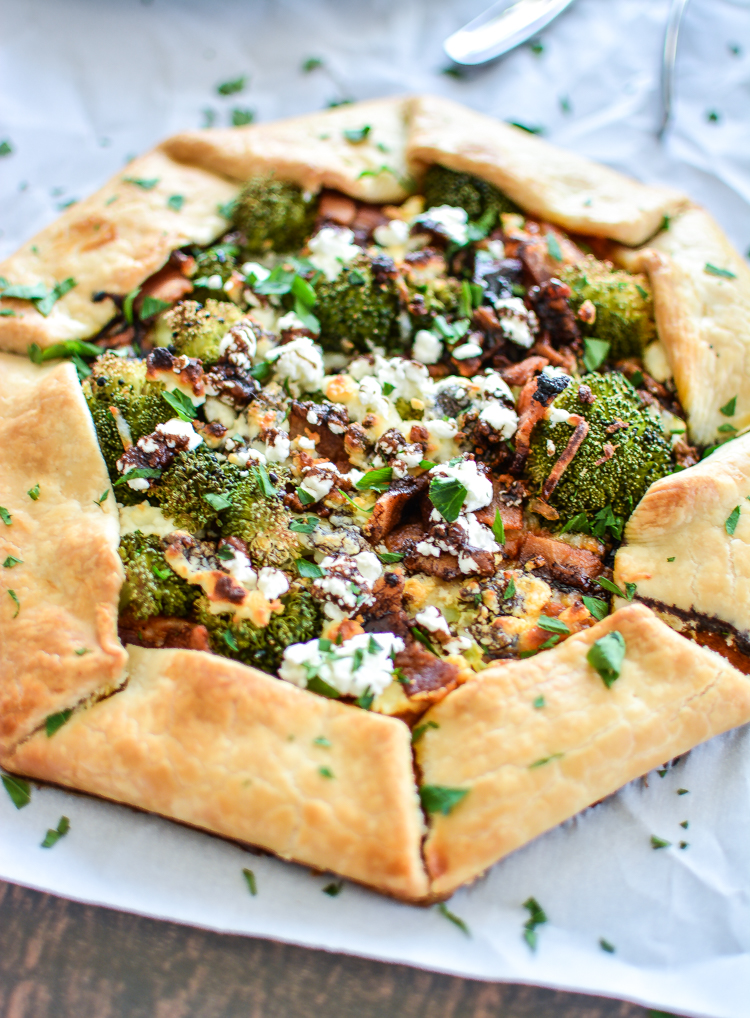 I’m not going to lie to you. I’m not the BEST pie baker in the world. It’s the dough. I have problems with dough. I can never get it to look like so many others get it to look. Crispy, flaky and with that perfect detail around the edge. For some reason, I have yet to be able to accomplish this. Sure, it always tastes all fine and dandy, but it’s the look that I just can’t stand.

This is why I LOVE galettes. It has a rustic charm that just can’t be beat, and although people overdo the whole messy is rustic thing. This is a case where messy is truly beautiful, and I just love it.

This sweet potato galette is insanely simple. I used a store-bought refrigerated pie crust, but you can most certainly go the homemade route. I have done it, but thought I’d make this recipe as simple as possible for you guys. Believe it or not, some grocery stores have a really great pie crust.

You unroll the pie crust onto a lined baking sheet and top it with a sweet potato mash mixture, earthy broccoli, crispy bacon and tangy goat’s cheese. It’s baked to perfection in a 425 degree oven and then drizzled with a syrupy balsamic reduction.

Galettes are perfect for dinner, but I love them for brunch even more. Get creative as you want when picking out your fillings. The sky is the limit! I think I’m going sweet next time. ;)

Beer Love:
A pumpkin ale is the only brew that I thought could actually stand up to all of the bold flavors going on in this galette. This dish tastes like you have just taken a big old bite out of fall, and even though there is no pumpkin in the actual recipe, the spice you get from a pumpkin ale compliments it perfectly. I prefer to go with an imperial or barrel-aged version of a pumpkin ale and think that Avery’s Rumpkin is one of the best out there. I think the rum gives it a special kick that you don’t normally get with other pumpkin beers. Listed below are some other pumpkin ales that I adore for this recipe (some barrel-aged, some not).
Avery’s Rumpkin
Dogfish Head’s Punkin Ale
Uinta Brewing’s Punk’n
Elysian Brewing’s Night Owl Pumpkin Ale
Southern Tier’s Pumking 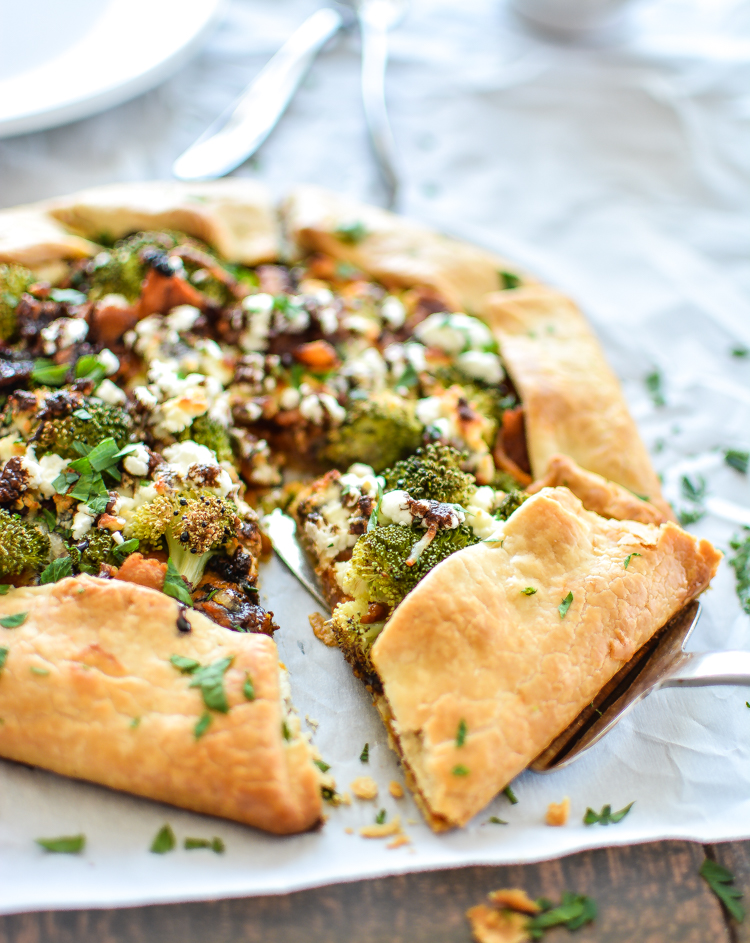 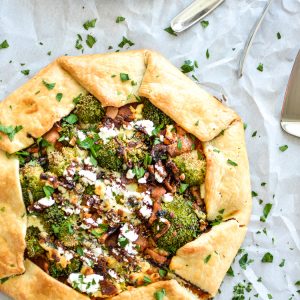