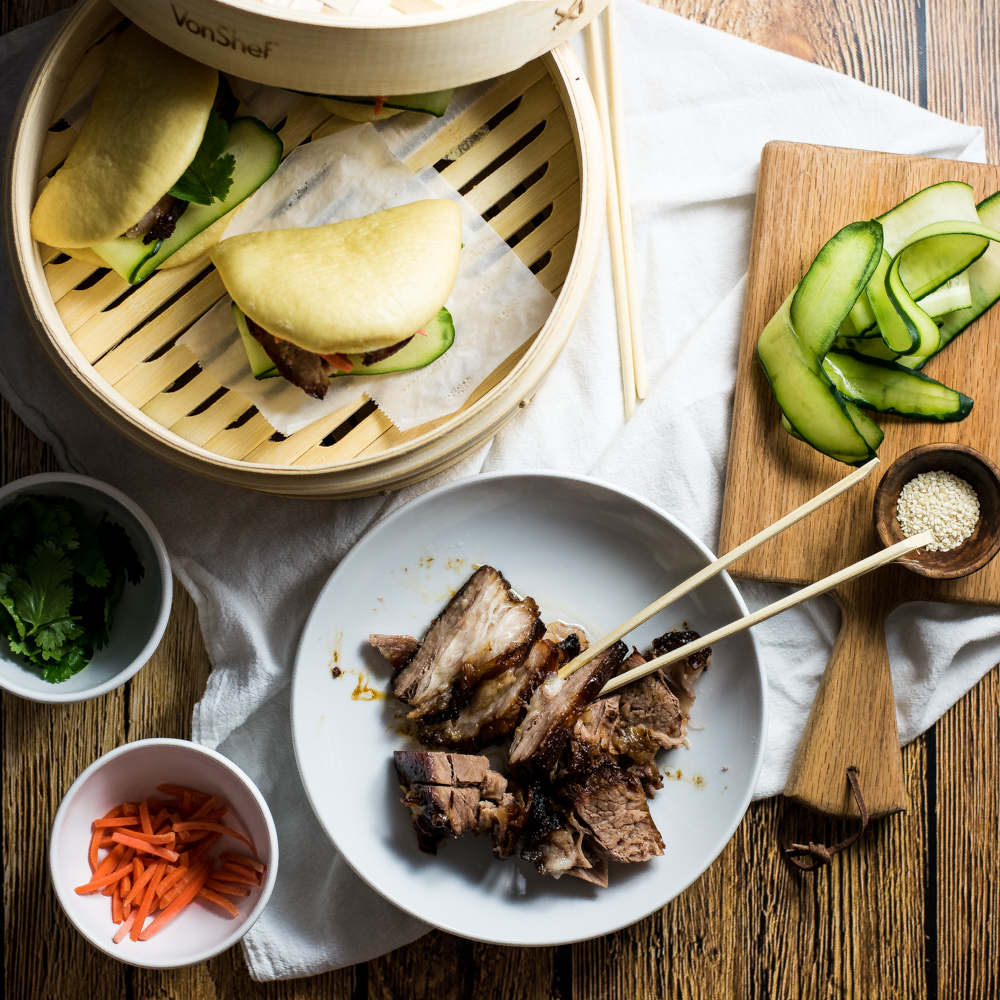 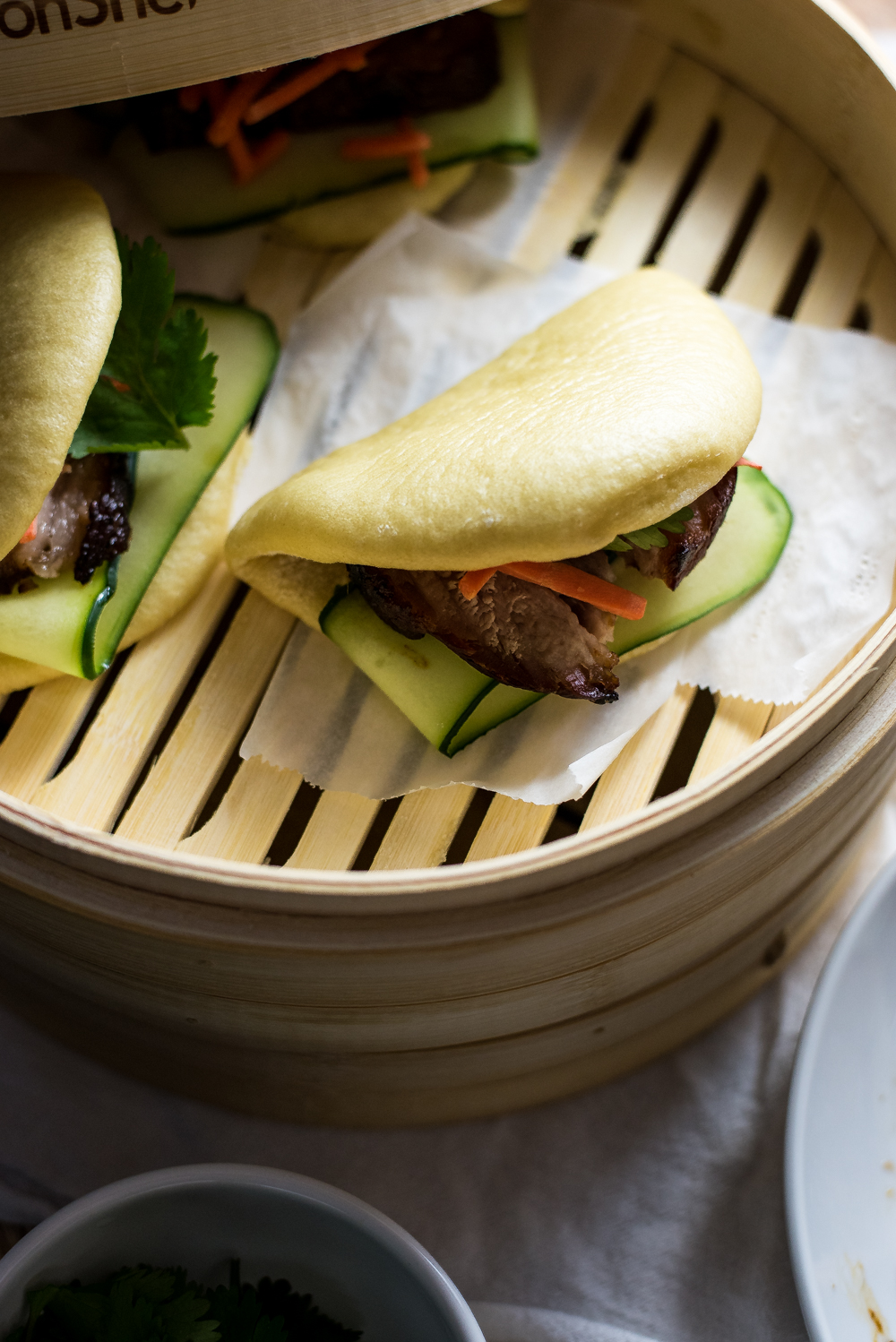 I think when most people hear the term “homemade steamed buns” a big red flag goes up. I’m not going to lie…the idea of making them is kind of scary. How can something so delicious turn out so well at home? The thing about steamed buns is that the ingredient list may seem daunting, the directions may seem lengthy, but they really aren’t that difficult to make. Sure they take some time, but most of that time is downtime. There is a lot of proofing involved and the braise on the pork belly will take a couple of hours, but the hands on time is really only an hour.

Steamed buns, soup dumplings, and dim sum are some of my favorite foods on the planet. I crave these handheld bites, that of which I really can’t get here in southern Wyoming. If I’m not in Denver or another major city, I have to resort to making them myself; and I’m definitely not sad about this.

Beer The pork belly for this recipe is very similar to the braised pork belly taco recipe I posted a couple of weeks ago, so I’m going to keep the pairing the same. Dubbels aren’t usually something I pair with. They are so complex that it can sometime be hard to pair with food. One thing I know and love about dubbels is their caramel-like character. They also can be slightly sweet which pairs just perfect with this pork belly. Let’s be honest this pork belly is like biting into a piece of candy, and the pairing could not be more perfect. 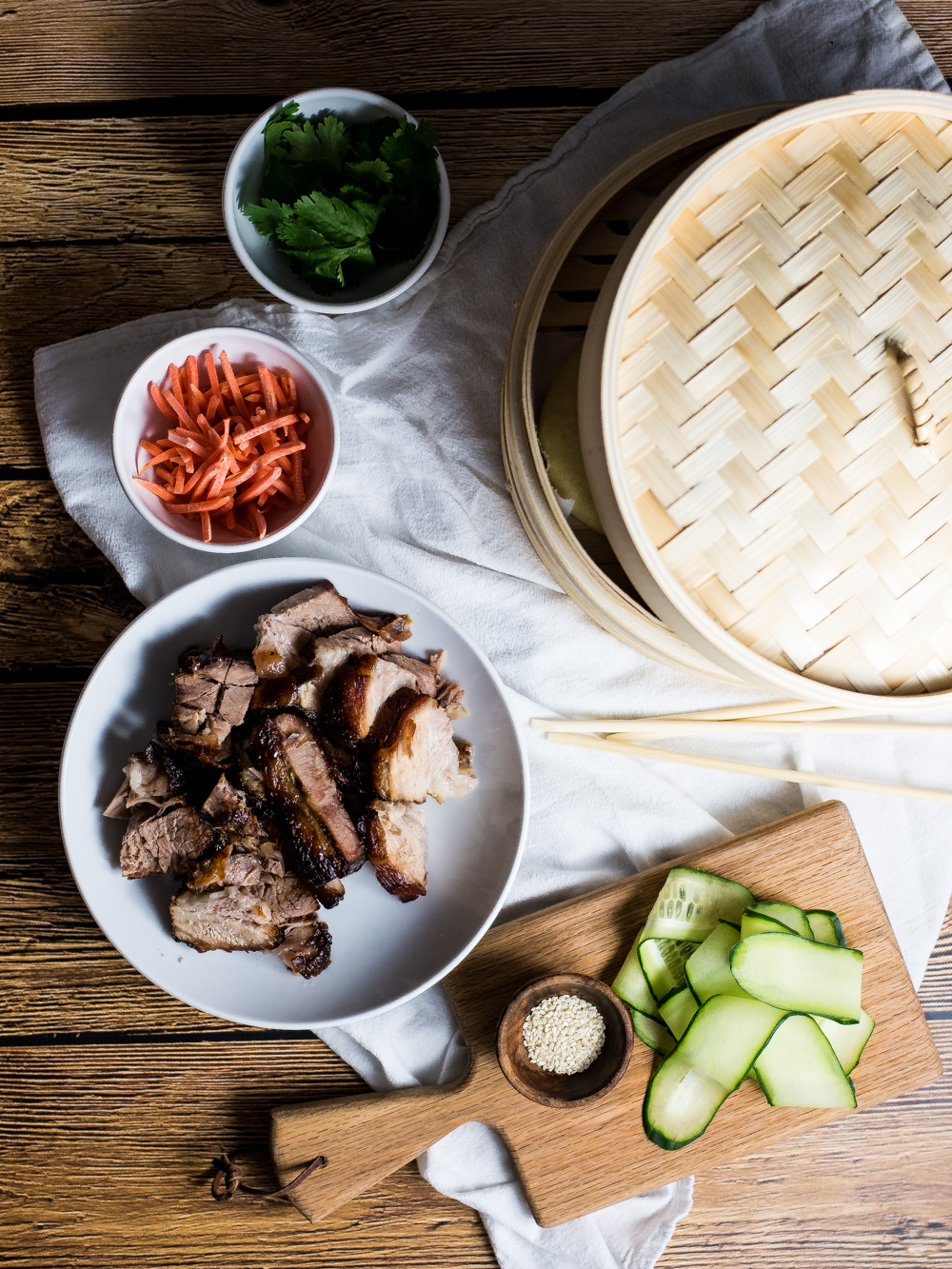 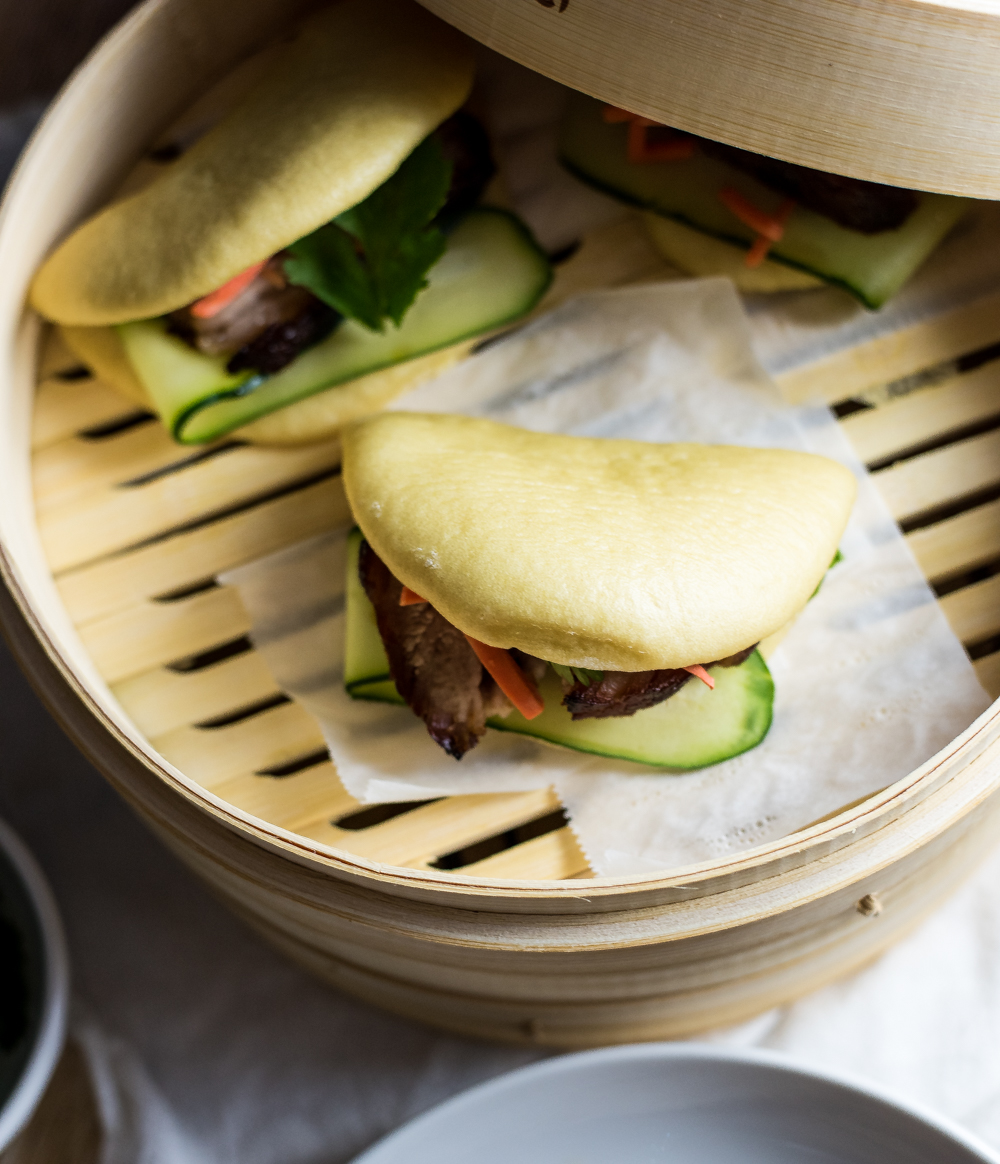 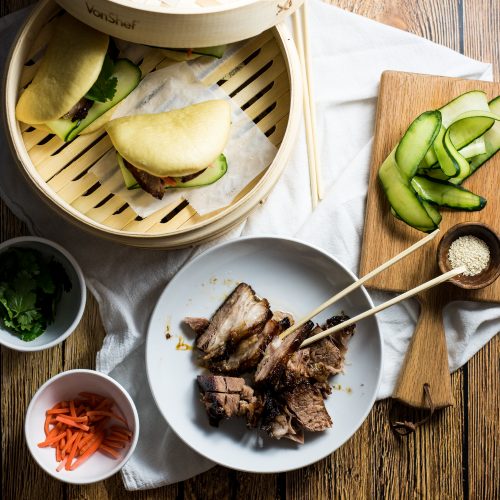