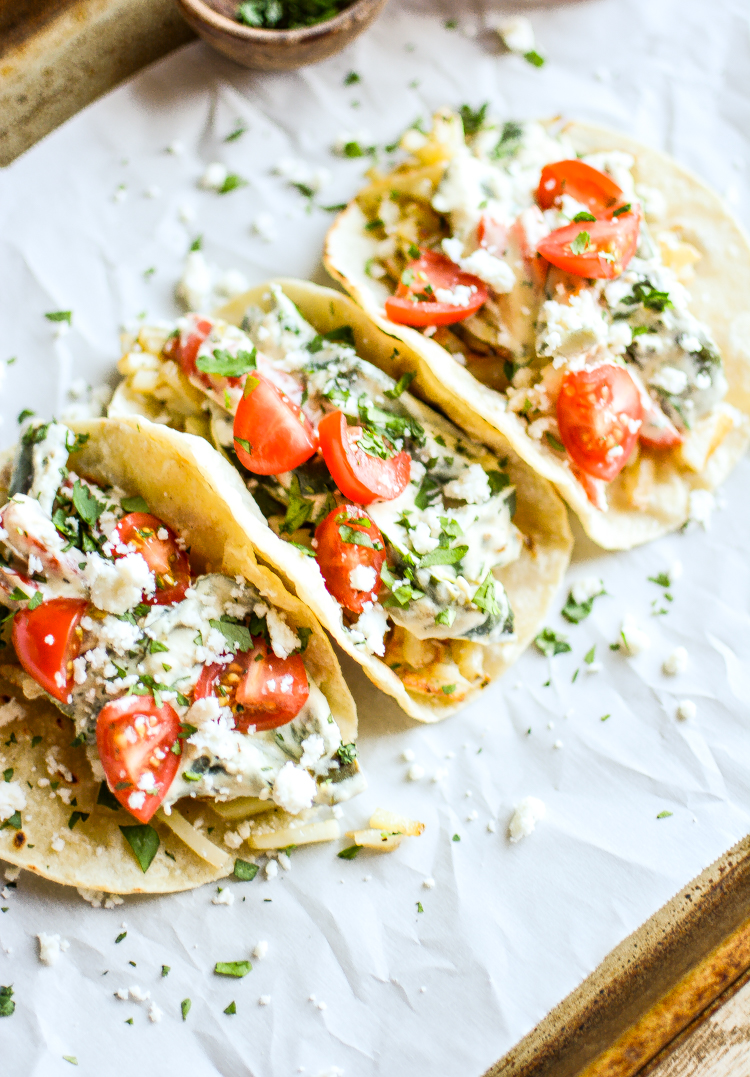 A combination of sweet red bell, poblano, hatch and jalapeno peppers are roasted to a charred perfection under a hot broiler. They are then peeled, deseeded, and sliced into thin strips. Added to a skillet with sauteed onion and a blend of cheeses, these peppers are smothered in cheesy goodness. Serve on top of charred corn tortillas with fried potatoes and garnished with fresh cilantro, cherry tomatoes and cotija cheese really sends these tacos over the top!

Yay! It’s Friday! Let’s throw a party and celebrate with these cheesy roasted pepper tacos! Fortunately/Unfortunately most of my weekend will be spent in an extreme catch-up mode. Besides a couple of long trail runs and a small trip to civilization for groceries (yes, we have to do that now), I plan on getting as far ahead with recipes as humanely possible. I have a feeling September will be a whirlwind of excitment with us moving into our new house, and if I can plan out to the fall of 2016, I would be more than pleased! JK, but not really.

In all seriousness though, that’s basically how long I foresee it taking for us to get settled. I mean we weren’t even fully settled into the last home we built when we had to put it up for sale!

So anyway, have you guys ever had potato tacos? I don’t remember when it was that I had my first potato taco, but after that one experience I never looked back. These tacos are one of my favorites to whip up for Zach and I. It’s great because it’s quick, especially if you roast the peppers ahead of time. I have to be honest with you guys, I’m totally iffy when it comes to raw peppers. I either want them fried up in a skillet or roasted. I like to have roasted peppers on hand all the time. They add some much flavor to the simplest of dishes! 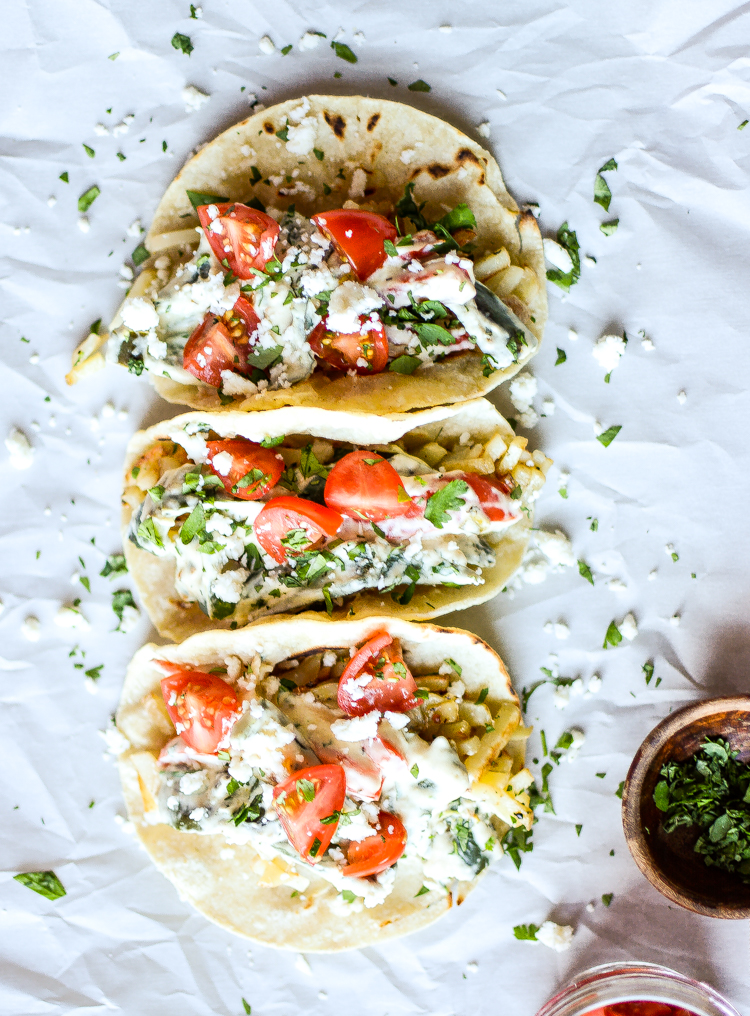 I hope you guys enjoy this recipe for cheesy roasted pepper tacos with potatoes! Pair them with a Belgian-style IPA and have a wonderful weekend! xo 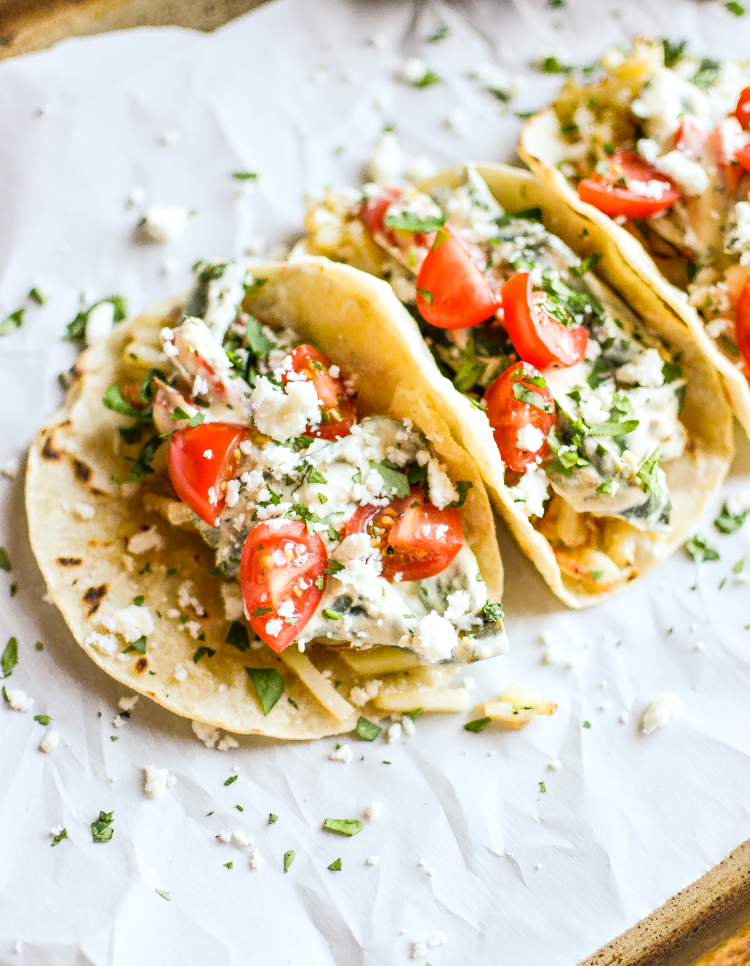 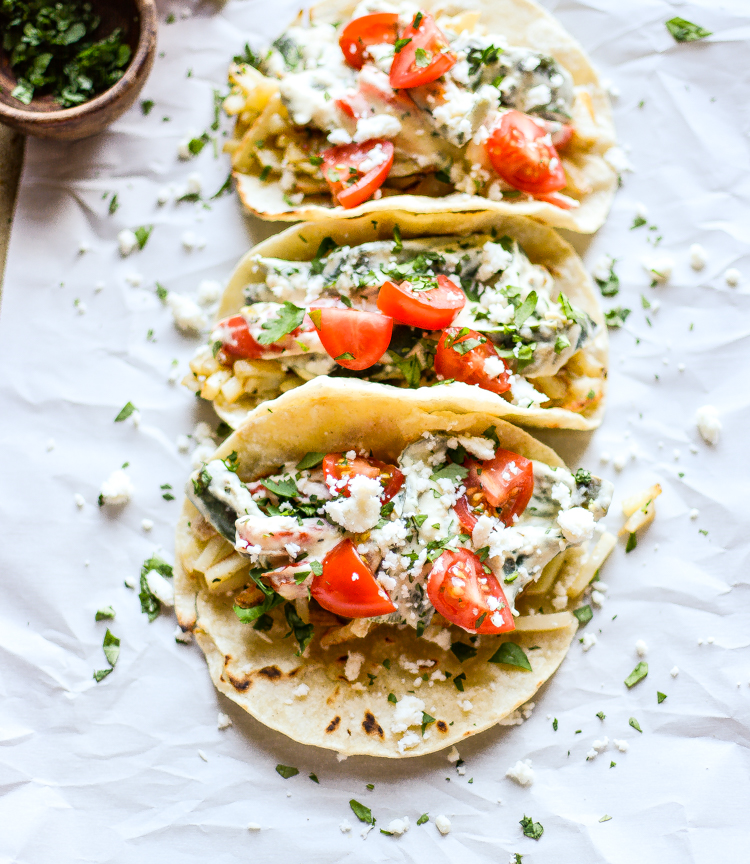