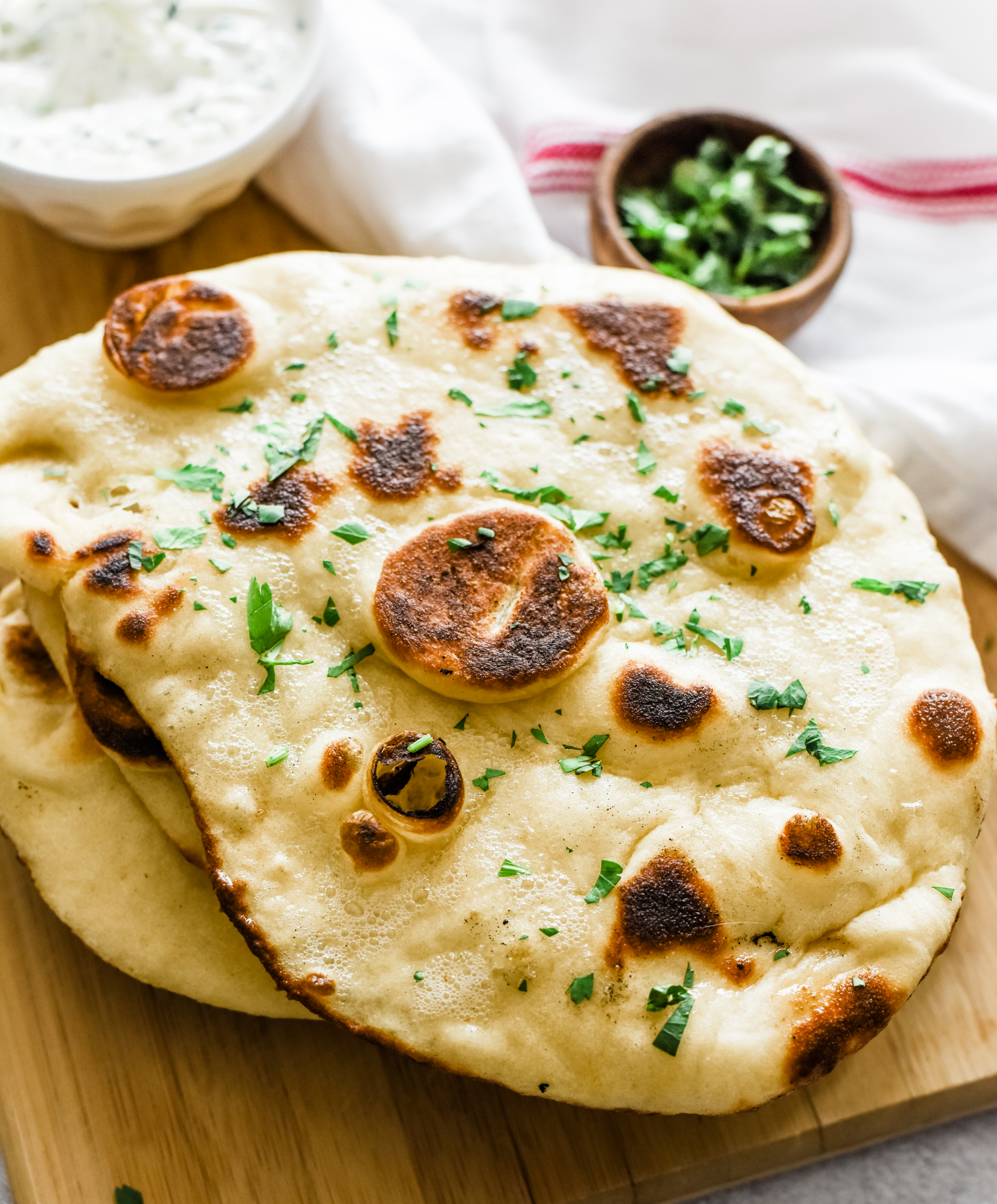 Homemade naan doesn’t have to be intimidating. This recipe is simple and delicious! 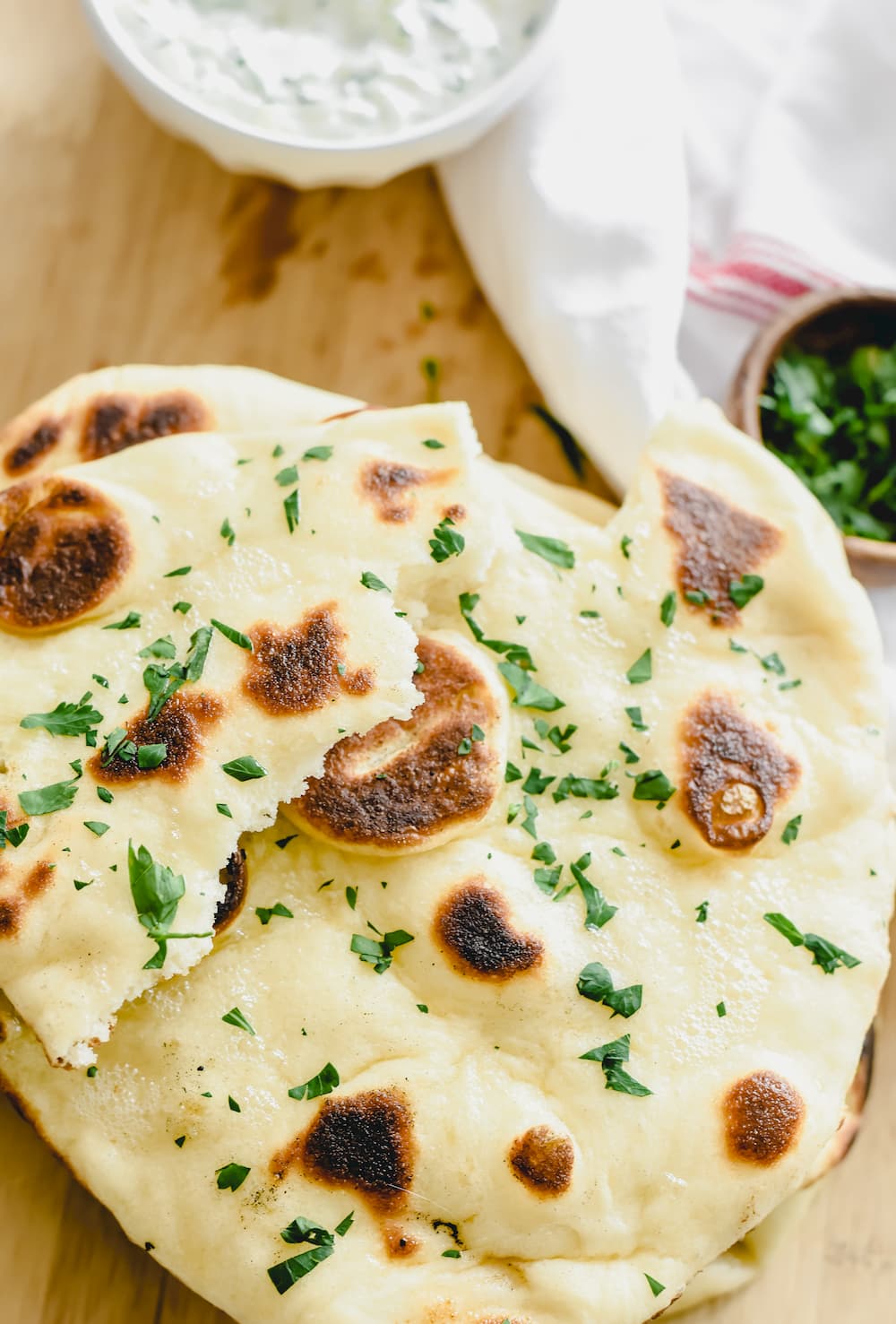 Bread is usually simple to pair with beer. This recipe specifically is already kind of “yeasty.” With that being said, keeping it light and refreshing is how I would go when pairing this recipe. You don’t want a beer that is going to be super overpowering but still want a beer that is bursting with flavor. I would go with either a pilsner, blonde ale, or saison/farmhouse ale. Saisons are one of my favorite styles of beer, and the earthiness you get form a saison will really compliment this naan. Now, if you just so happen to go ahead and make this naan to accompany my recently-posted recipe for tandoori chicken, you may need to rethink the pairing, but if you are just chowing down on this naan by itself, a lighter brew will work just fine.

PSA: Don’t worry. I am not drinking beer during this pregnancy. :) My tried and true taste tester, Zach, has been willing to step up to the challenge. 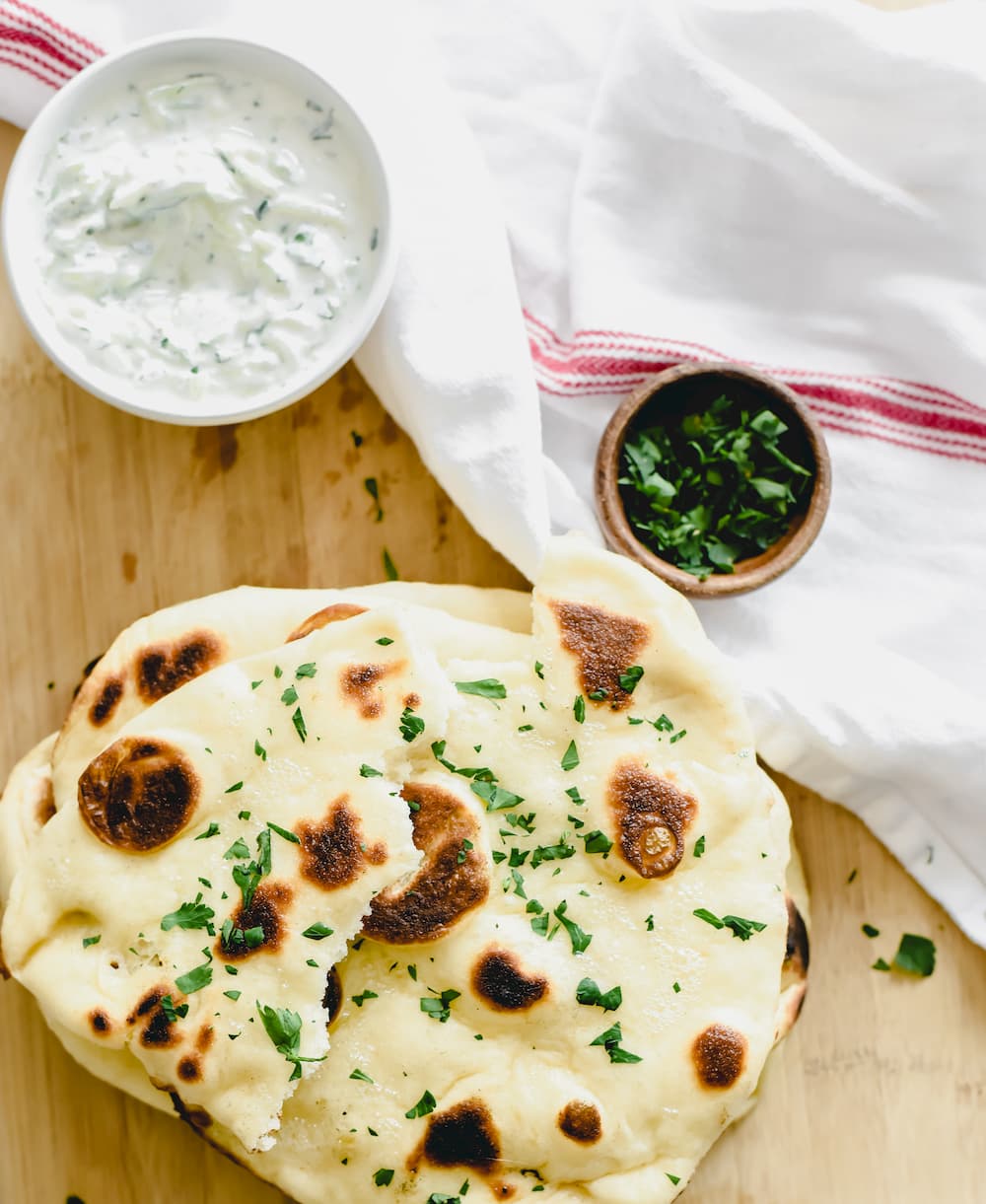 I mentioned in my recipe post for tandoori chicken last week that I am hardcore craving Indian flavors lately, and part of the reason I absolutely love Indian food is because I love the bread that goes along with it. From flatbreads to naan, I do not discriminate against my love for Indian-inspired bread. I think that the idea of baking/cooking bread can be intimidating, but I’m telling you that it is so not scary. If you are looking to jump into the bread game, this homemade naan recipe is perfect way to go. First-of-all, you don’t even have to bake it. Naan is cooked on the stovetop in a very hot skillet. It is literally ready in minutes, and the proofing time can take as little as an hour.

So, if like me you are self-isolating at this time, add this naan recipe to your list of baking goals. It’s the perfect accompaniment to the sauciest of dishes. :)

Are you looking for more great bread recipes on Cooking and Beer? Well, we have a ton of them! Check out some of my favorite bread recipes! 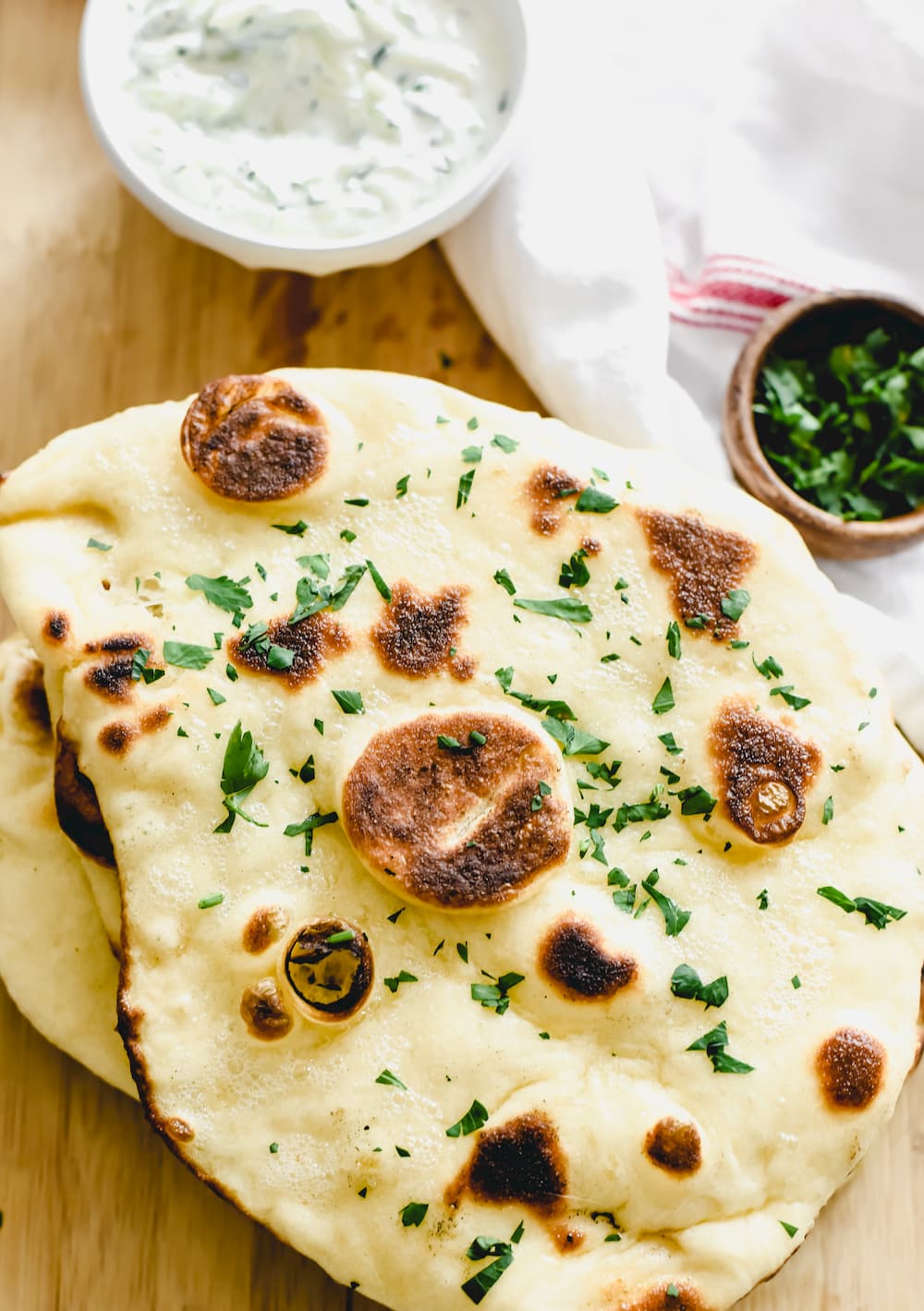 Don’t forget to follow us on Instagram, and be sure to tag us if you make/made this dish! 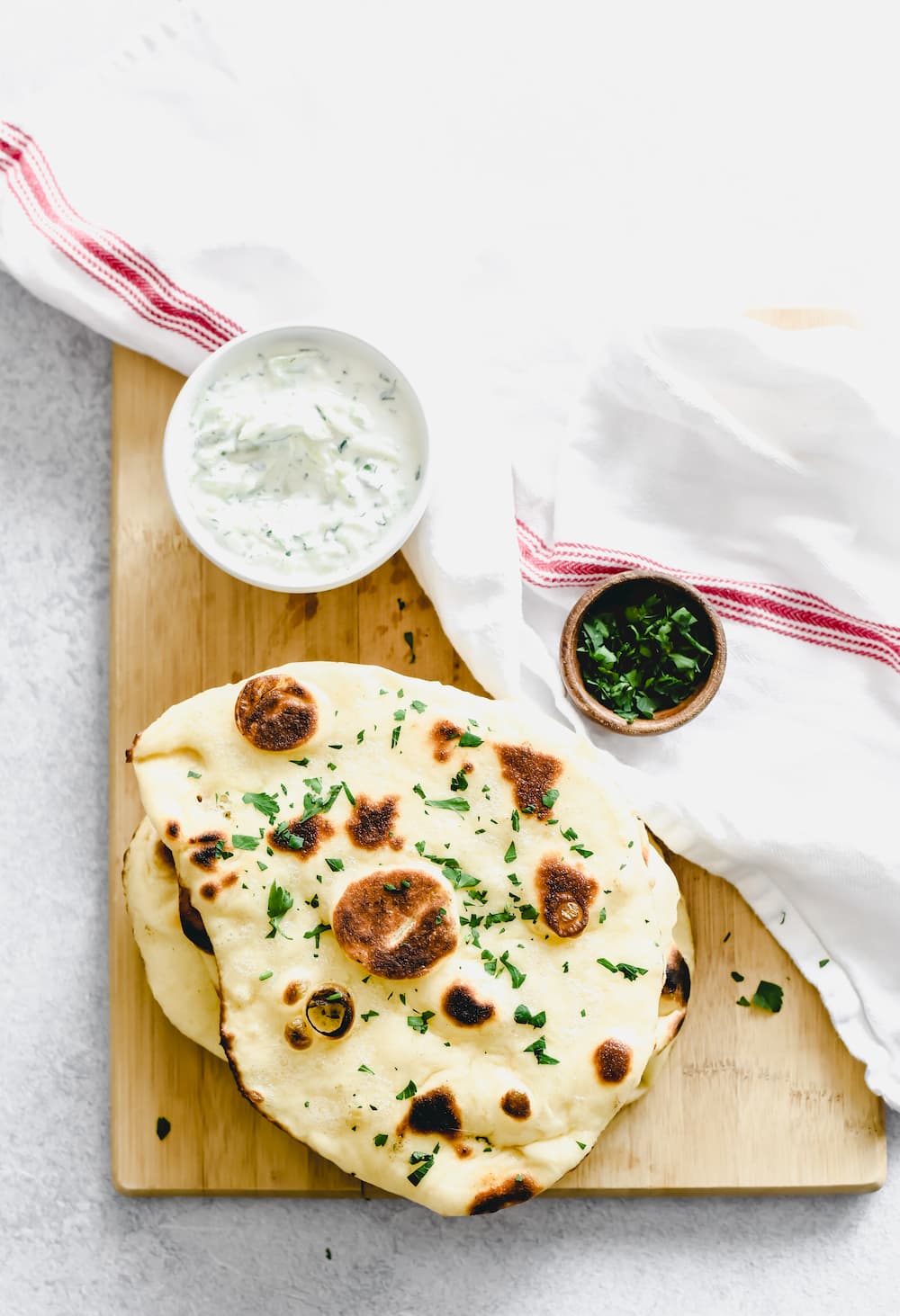