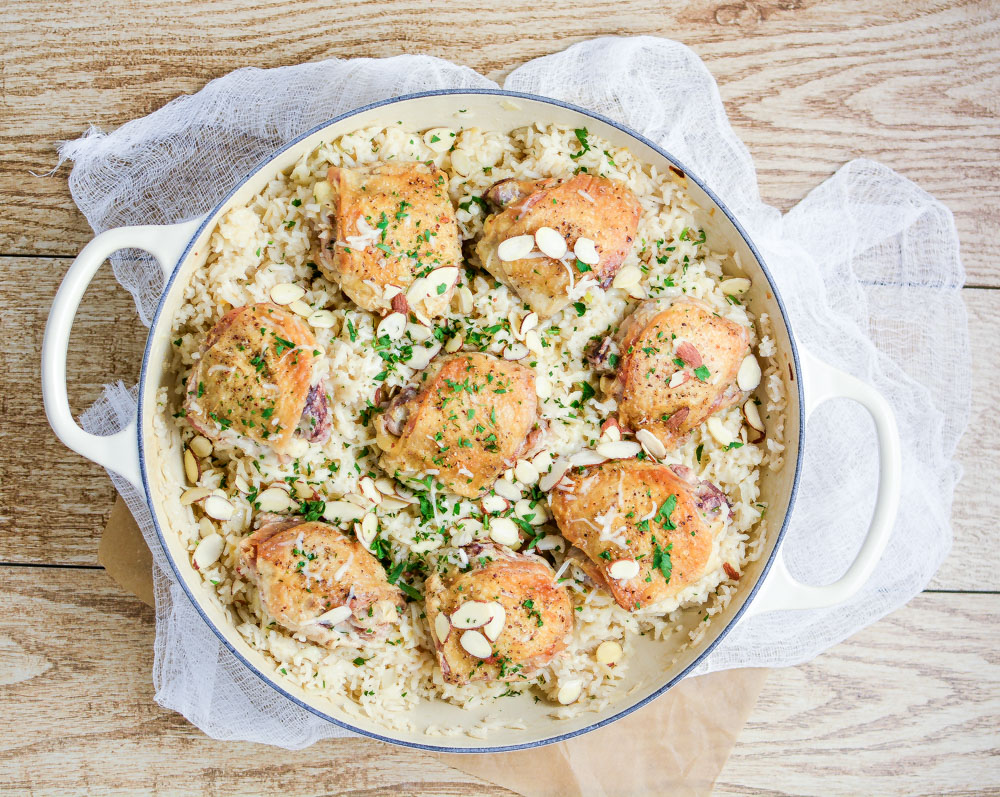 One pot almond chicken and rice is cheesy, flavorful, and loaded with almond! It’s quick and simple, thus making it the perfect weeknight meal! In this recipe, everything is cooked in one pot, making cleaning up so much easier!

This post is sponsored by Blue Diamond Almond Breeze Almondmilk.

I was always super skeptical of one pot meals. Before starting this adventure on my own, I tried a few one pot recipes and they did not come out the way I would have hoped. This was at the beginning of the one pot pasta craze, where recipe developers were still trying to perfect “the art.” The pasta would never cook to the doneness I wanted it to cook. It was either super mushy or hard as a rock. I found that one pot rice dishes were a lot easier and almost took on a “risotto-style” of rice. Once I got the process down, I never looked back. One pot meals are the way of the future! 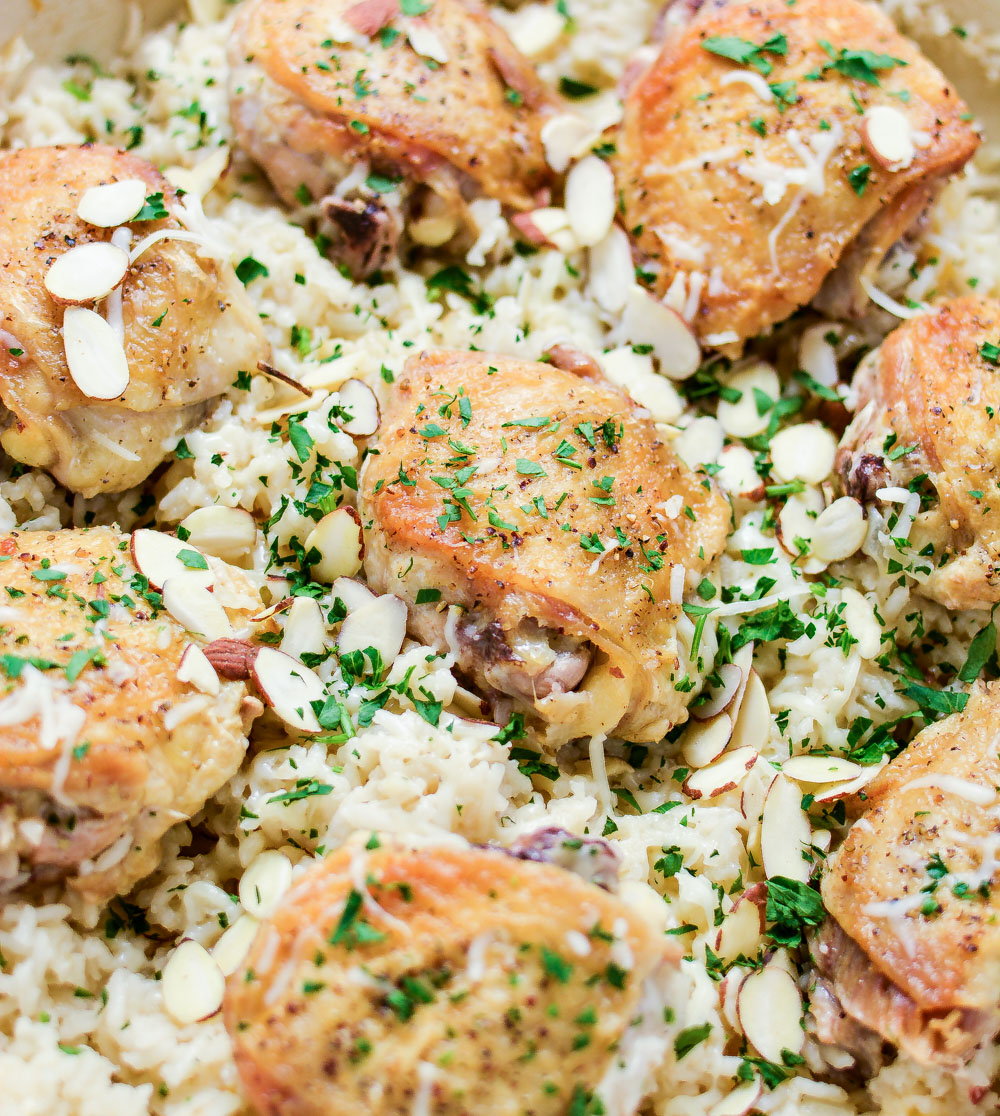 This one pot chicken and rice dish celebrates all things almond. Oh sure, it does not lack in cheesy goodness, but the almond is what sets it apart. Almond Breeze’s regular and unsweetened almondmilk is what adds all of the flavor to this dish. Instead of cooking the rice in a traditional liquid of water or chicken broth, this rice is cooked in a mixture of chicken broth and almond milk. It may sound unconventional, but it works you guys, and it’s SOOOOOOOO good! 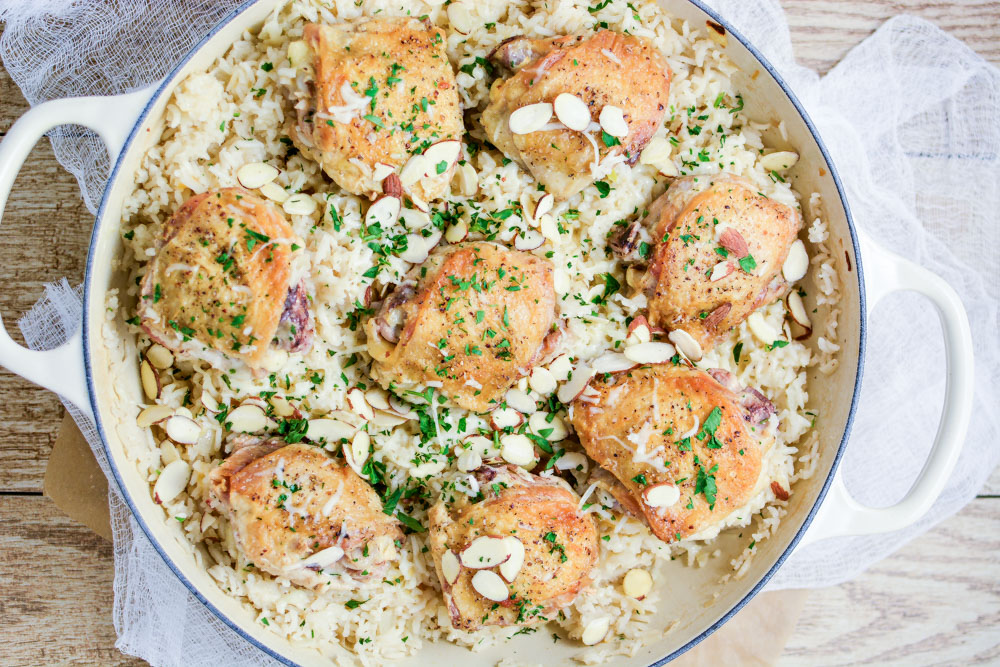 I love this dish for a weeknight meal. It makes cleanup easy, and it is ready in an hour. Take the leap and jump on the one pot meal bandwagon! You’ll love it! I promise! 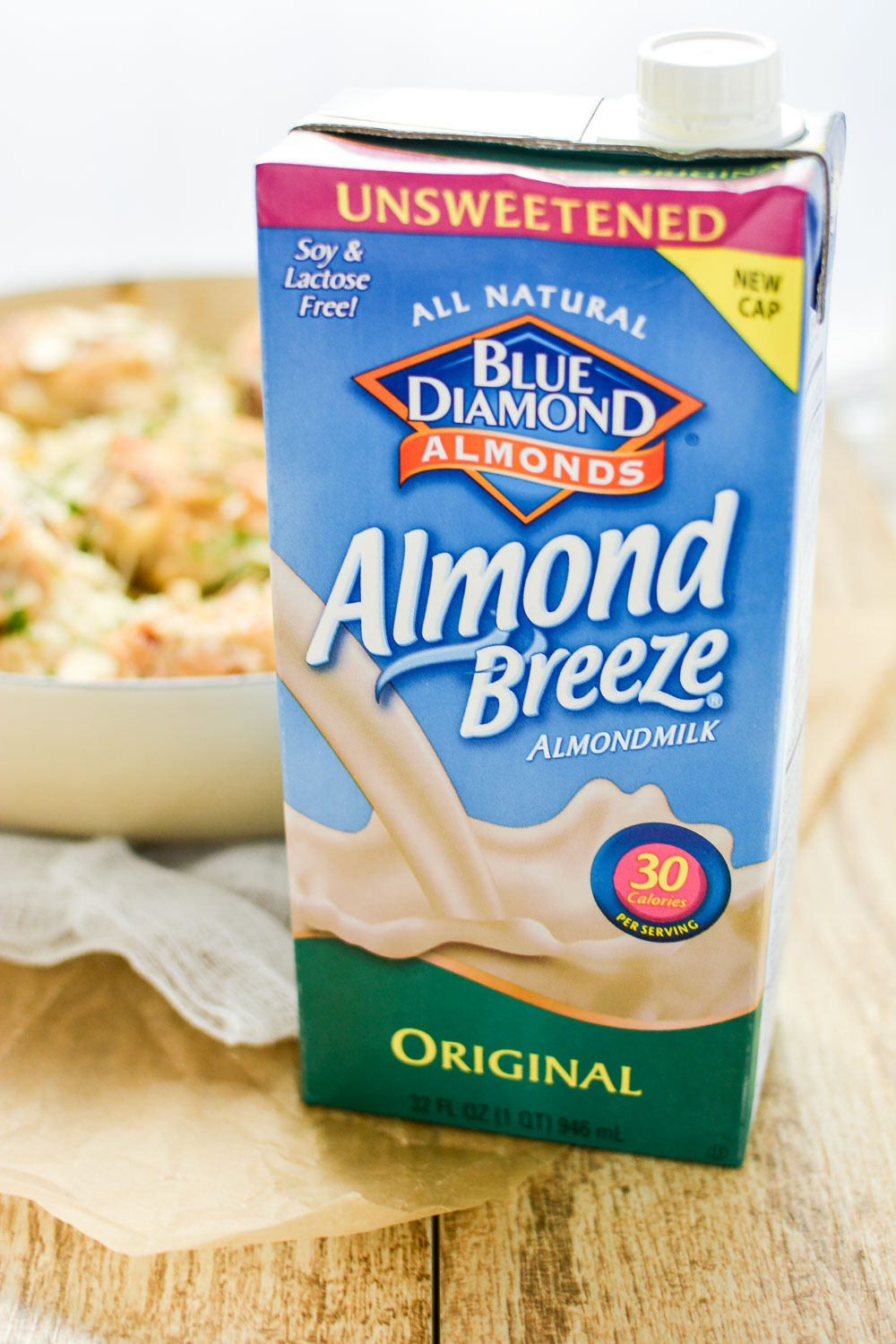 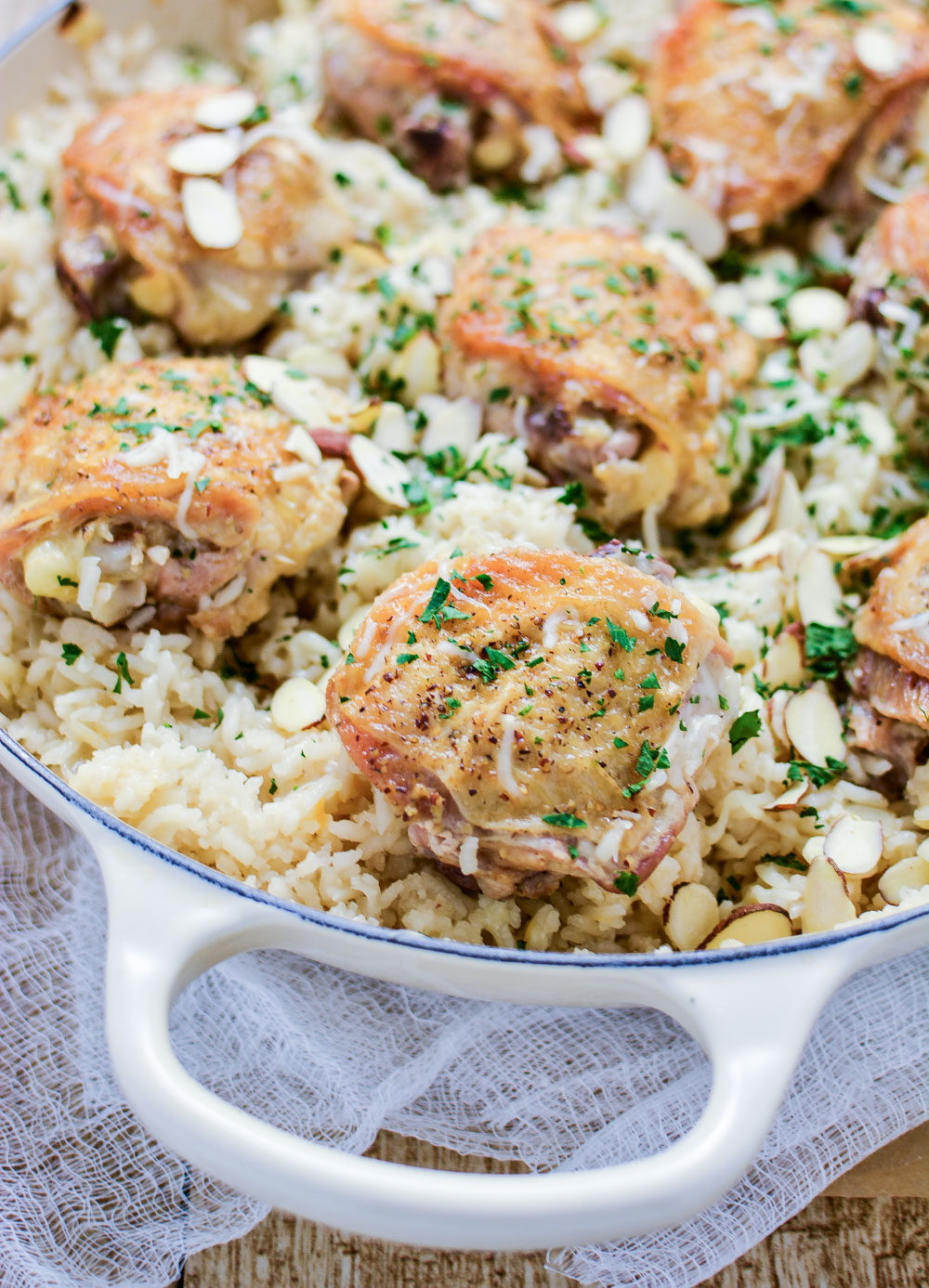 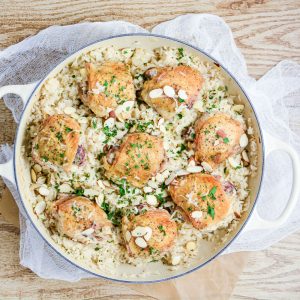 One Pot Almond Chicken and Rice