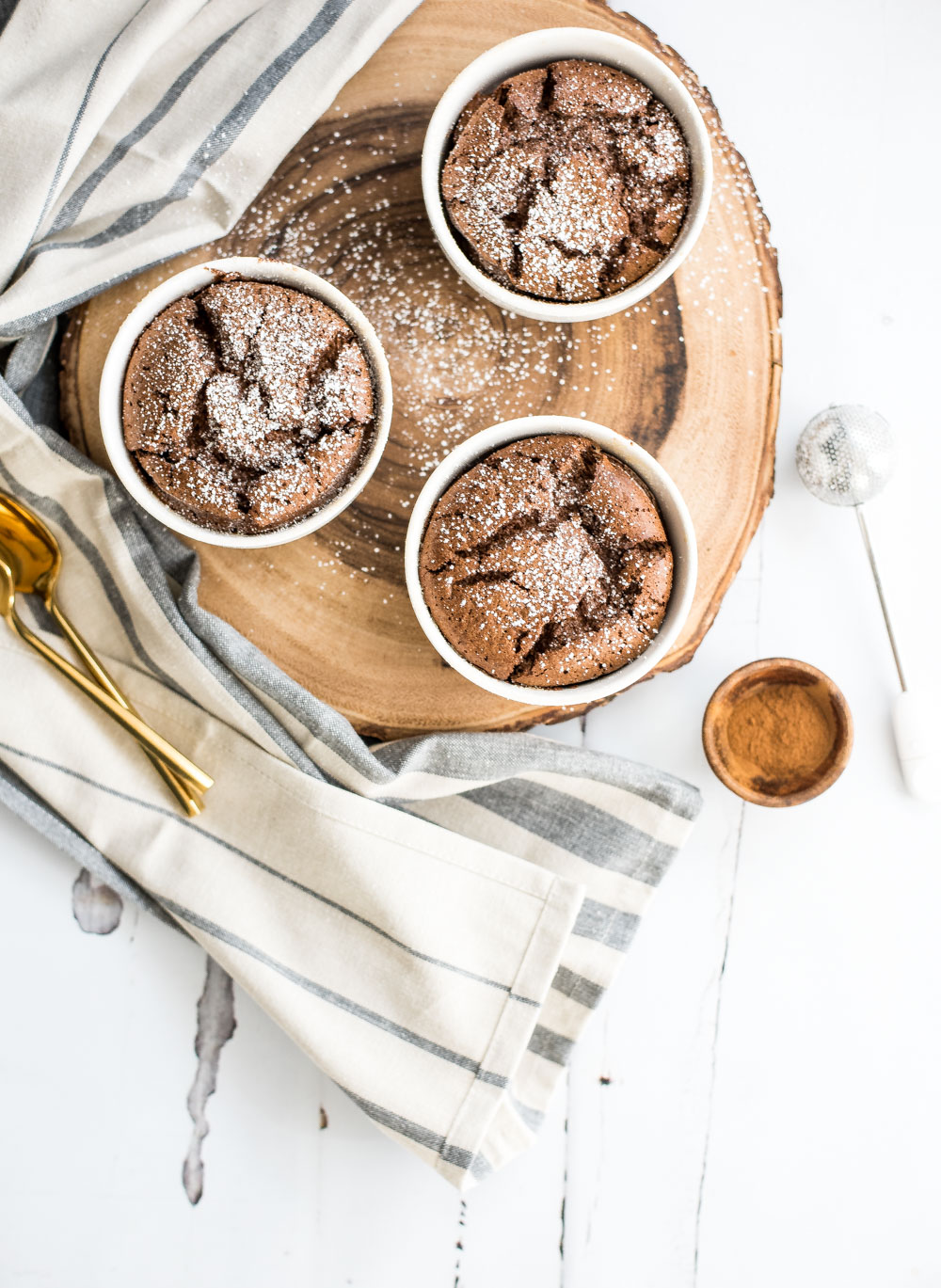 Easy cinnamon chocolate soufflés are nothing to be scared of. Soufflés are actually very simple once you get the technique down, so give this recipe a try! 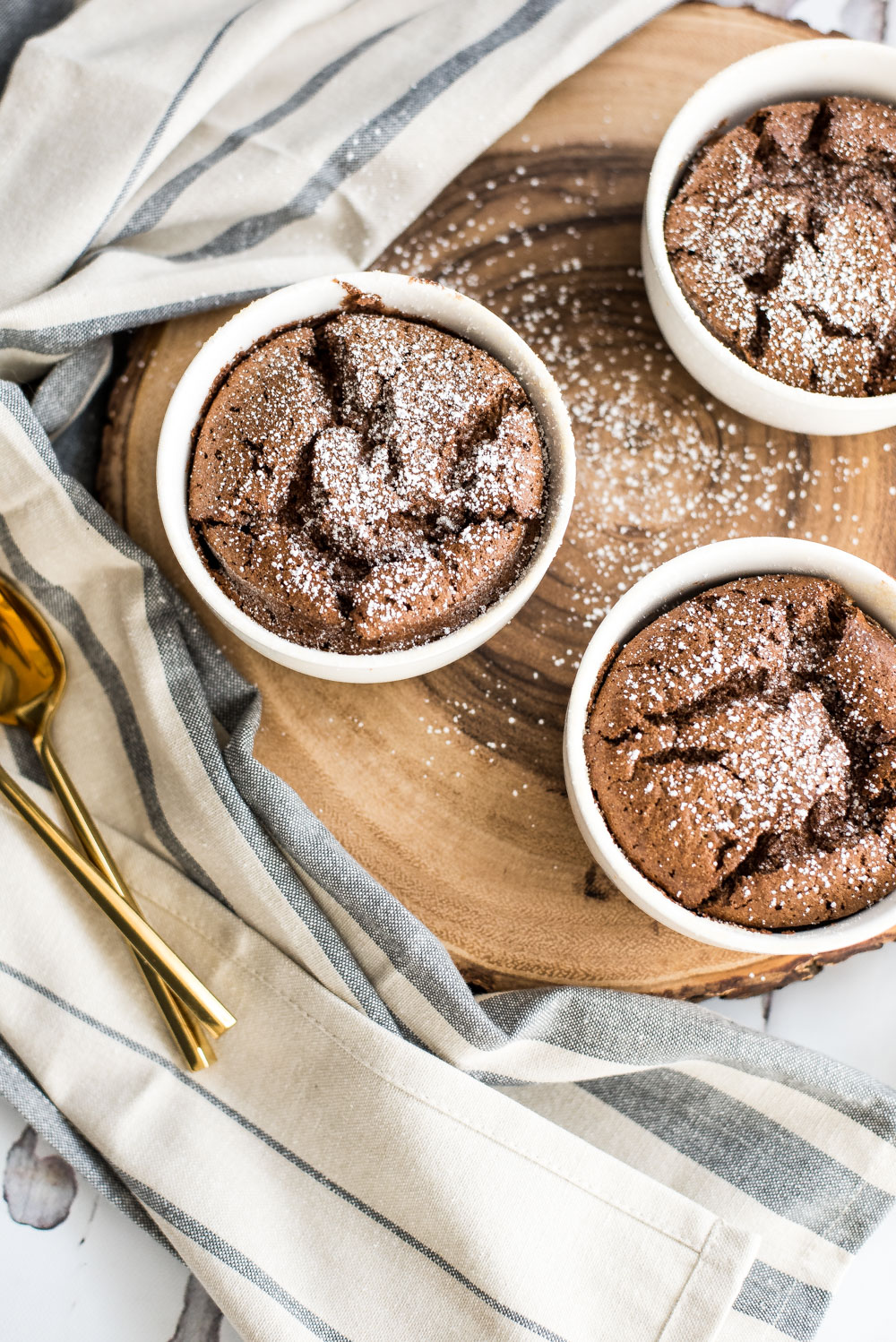 I know. “Soufflé” is pretty much the scariest word on the planet. Now think about how scary making soufflés are and then think about making them at 7220 feet. Yup. Now, THAT’S scary. It took me a long time, like a REALLY long time to be able to perfect soufflés at elevation. I tried for a couple of months, and then I gave up for about a year. Then I decided to try again. The thing about soufflés is that they really aren’t all that difficult to make. They don’t require many ingredients, but they do require a certain level of technique. The only way to master this technique is to keep trying.

I decided to share this recipe with you guys today since Valentine’s Day is literally right around the corner. If you haven’t come up with a dessert for the big day, there’s still time to make these little cuties. They have a touch of cinnamon and that sets them apart from the rest. They are so chocolatey, so light and airy, and super addicting.

As you try this recipe, don’t get frustrated if they don’t come out perfectly. There is a certain level of trial and error that comes along with this recipe. Don’t fret! It will work out eventually. I promise! If I can do it, seriously, anyone can do it.

Beer I feel like I don’t even need to go into specific detail as to why I decided to pair these soufflés with a chocolate stout. This should be pretty obvious, but stouts go so well with chocolate. A chocolate stout goes even better with this recipe in particular. The great thing is that it’s the perfect time of year to sit down with a stout. It’s cold. It’s snowy, and stouts are so warming! Give the pairing a try. You won’t be disappointed! 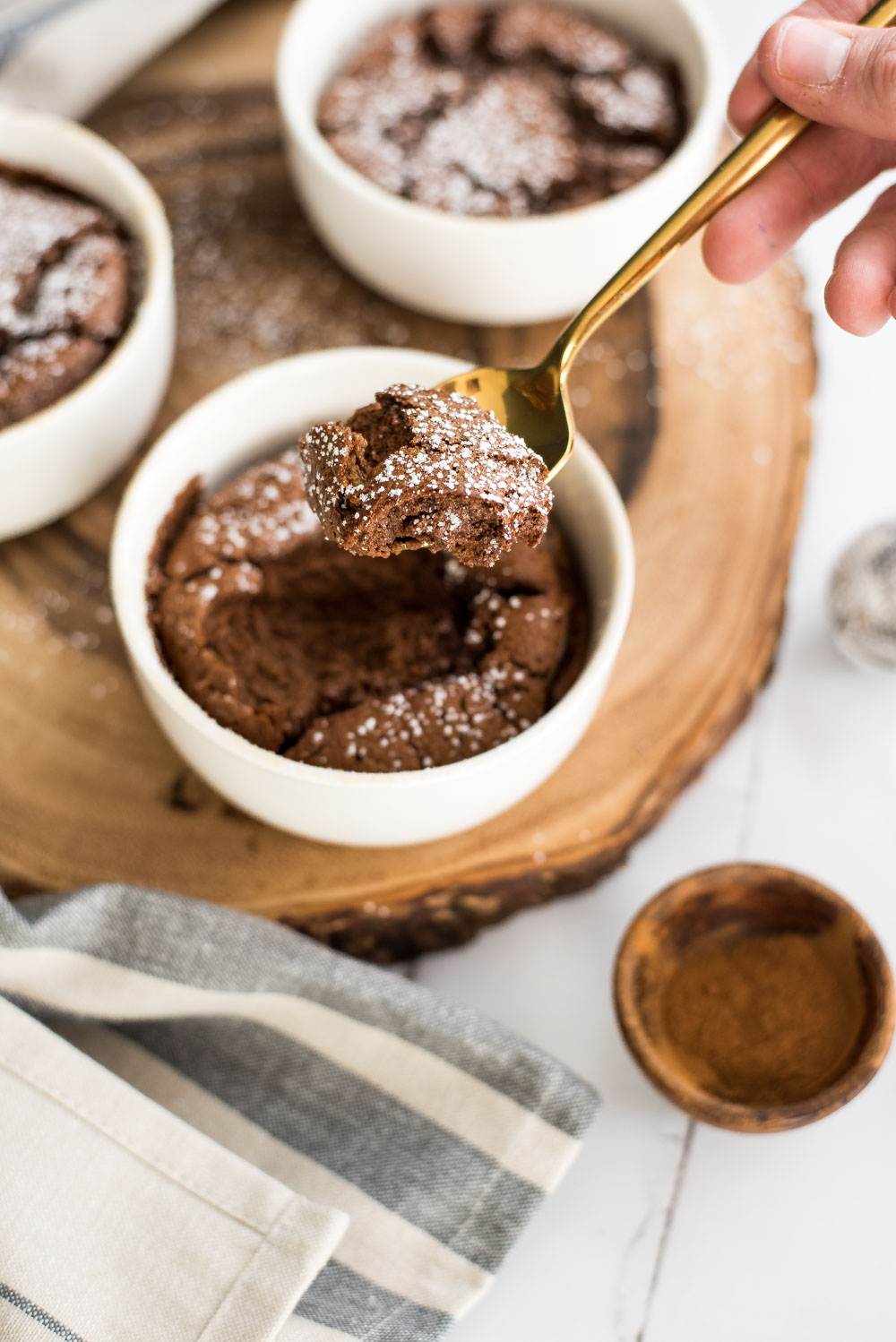