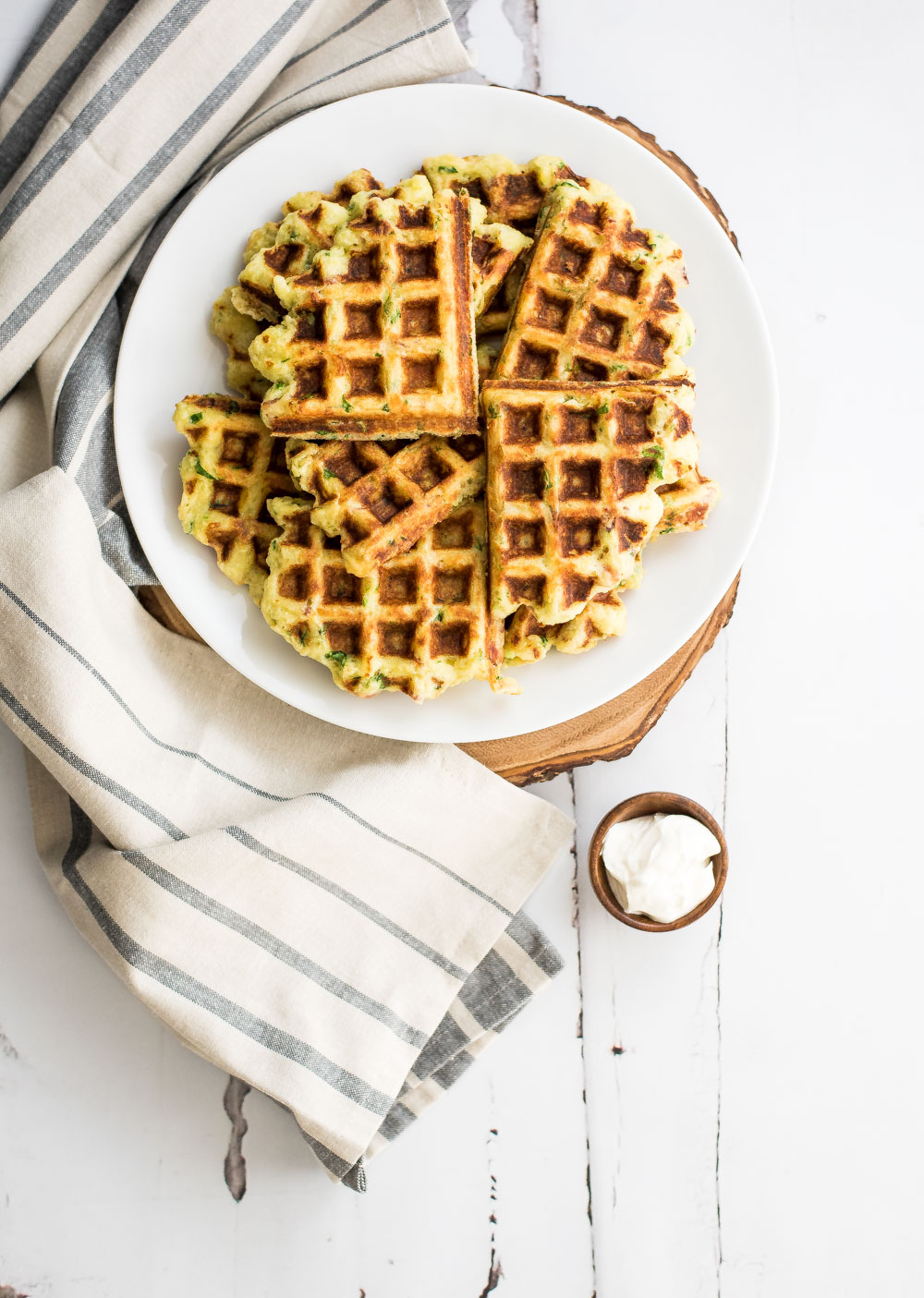 Goat cheese and spinach mashed potato waffles are a great way to use leftover mashed potatoes. They make a great side dish or bite-sized snack! 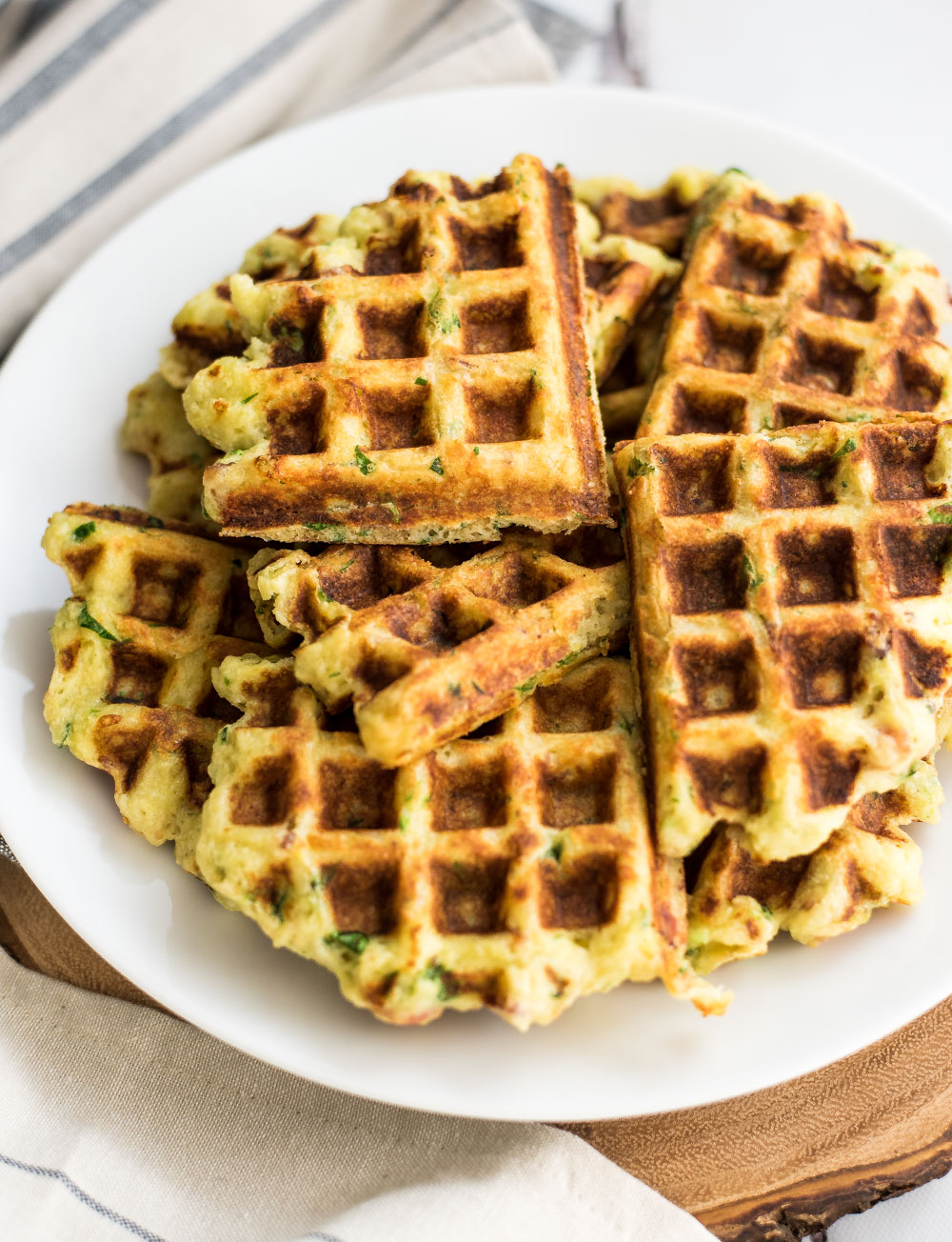 Whew, you guys…This has been quite the crazy week. When I started taking classes again, I had a whole time schedule down. I would spend most of my weekends catching up on Cooking and Beer stuff and then give all of my attention to schoolwork during the week. This has certainly not been the case, and I’m feeling a bit overwhelmed. This is OK though. It’s a good feeling…feeling overwhelmed. I actually feel like I get more done, even though I absolutely waited to the last minute to write this post. So about this post…

It took me a while to hop on the “let’s make everything we possibly can in a waffle iron” bandwagon. I loved the idea of it, and there have been many great recipes floating around. Aside from your traditional sweet waffles, the only idea I’ve really decided to embrace so far is the mashed potato waffle. You guys…You guys…where do I even begin? This idea is seriously genius, and I swear to you they come out amazing every single time!

These goat cheese and spinach mashed potato waffles are by far the best variety I’ve made so far. I threw bacon in this recipe, but it’s definitely not mandatory. The goat cheese gives it a completely different element of flavor, and the spinach adds some earthiness. This recipe is a must make you guys, so if you have leftover mashed potatoes hanging around, make them ASAP! 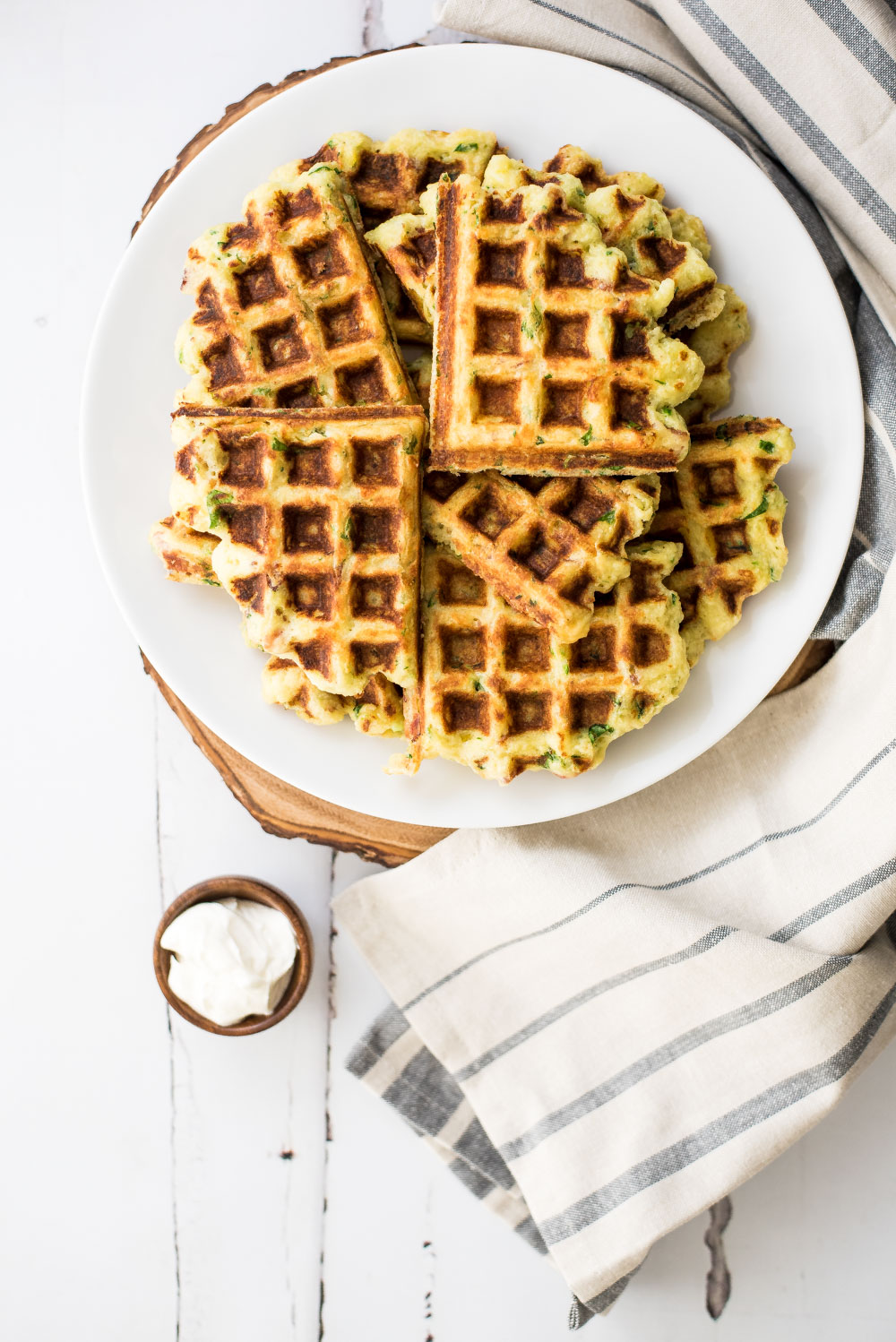 Beer Maybe it’s my obsession with spring being right around the corner, but I have busted out the farmhouse ales a little early this year. They are usually a more summerlike beer, but I love them with these waffles. Farmhouse ales tend to have a little bit of earthiness attached to them, and that really pairs well with the spinach in this recipe. Also, this recipe is very delicate when it comes to flavor. You need a beer that can stand up to that. A hoppier beer would wash away the flavor of the waffles, but the farmhouse ale compliments it perfectly. 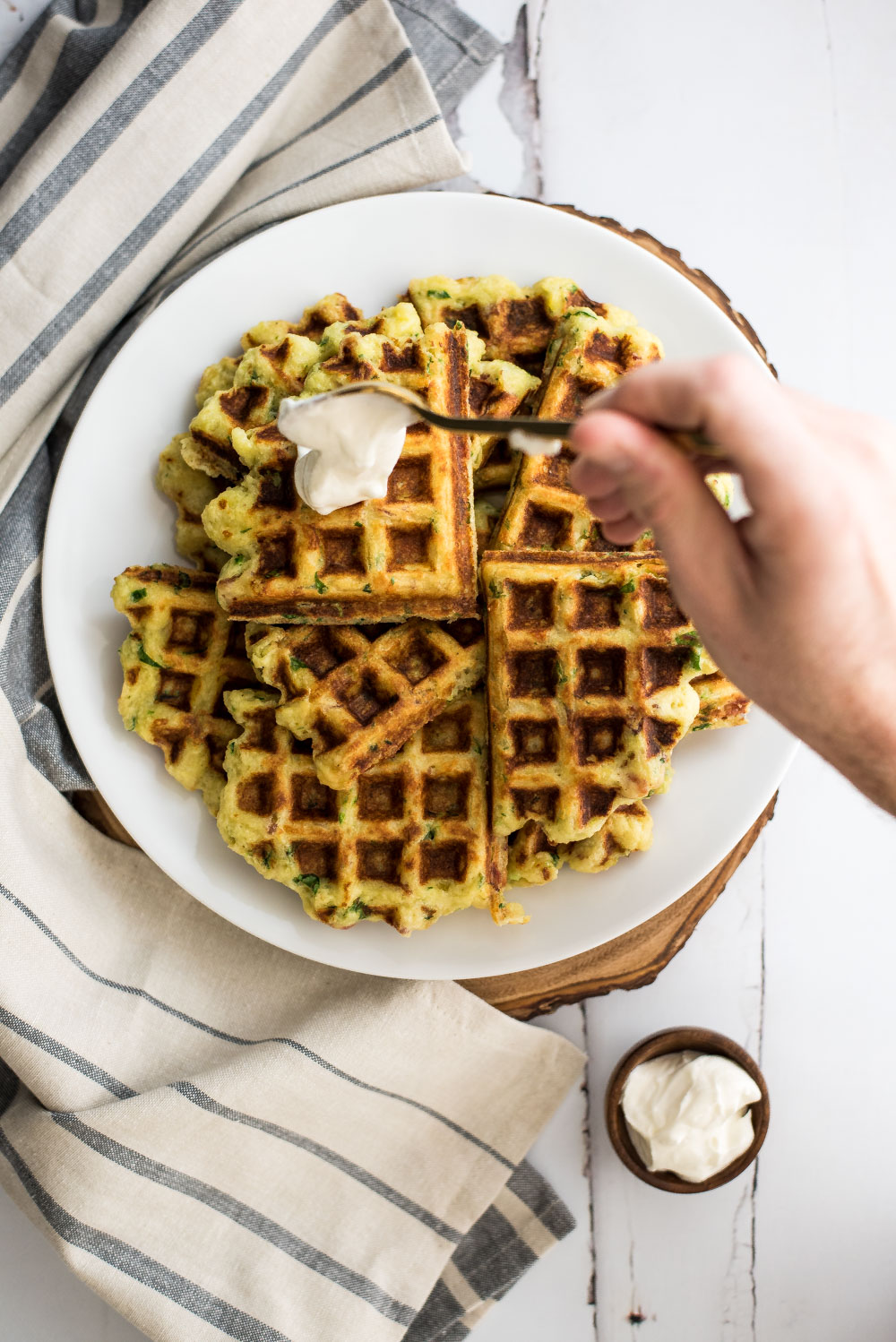 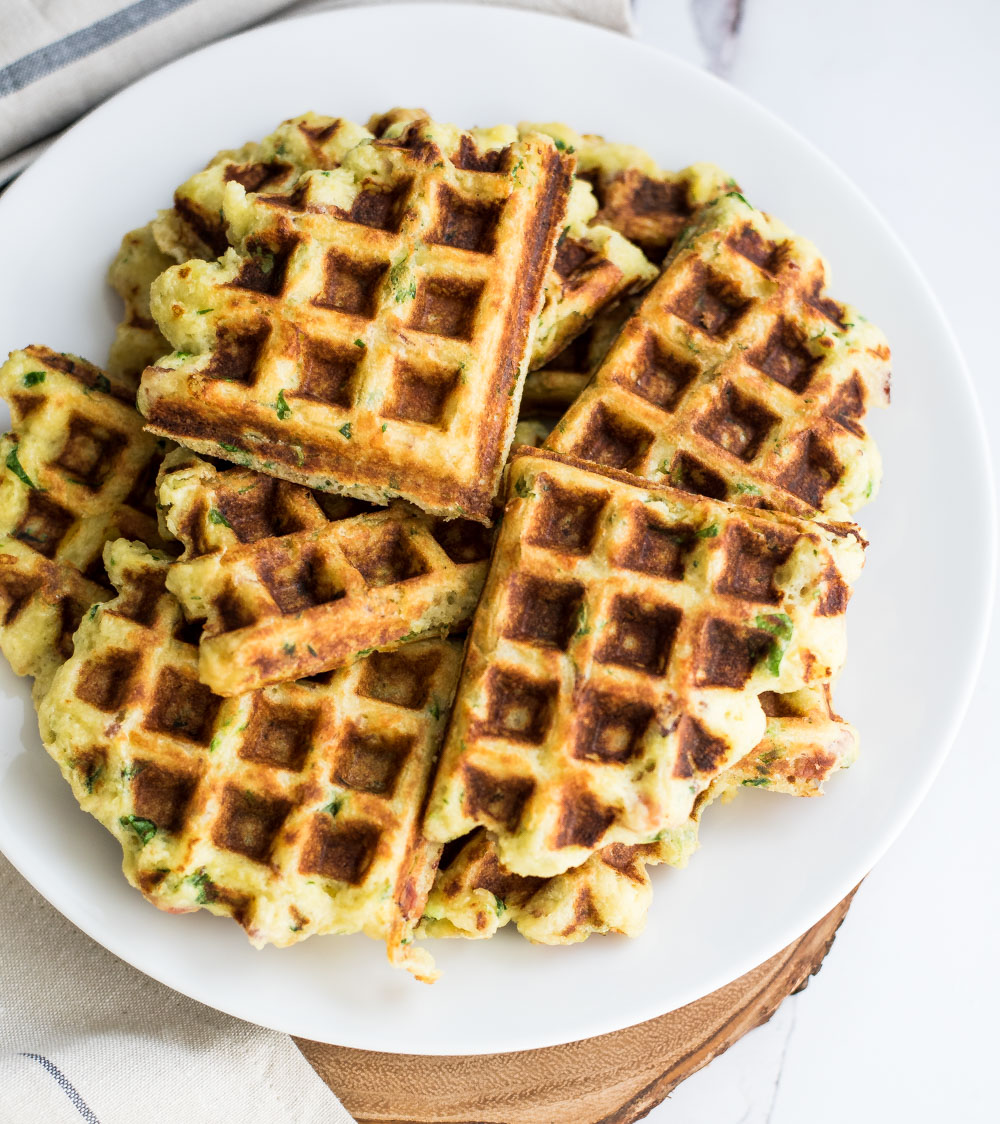